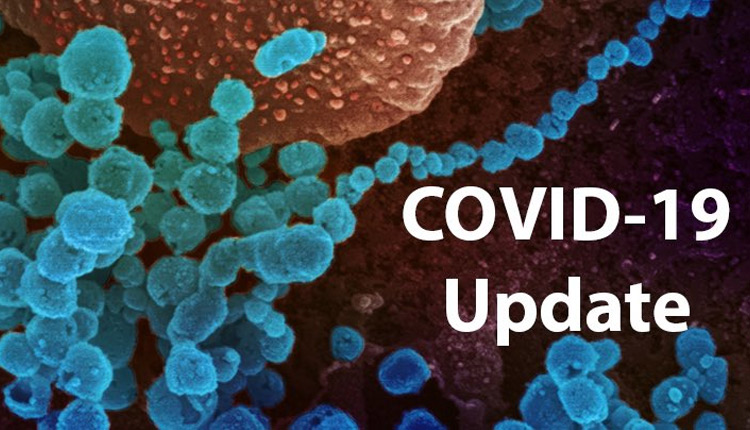 Washington: The overall number of global coronavirus cases has surpassed the 54.3 million mark, while the deaths have increased to over 1,316,130, according to the Johns Hopkins University.

The University’s Center for Systems Science and Engineering (CSSE) in its latest update, revealed the total caseload and death toll stood at 54,320,021 and 1,316,133, respectively.

Brazil currently accounts for the second highest number of fatalities at 165,798.

The United States is now home to more than 11 million coronavirus cases, with the latest one million cases coming at breakneck speed in the last week alone, according to Johns Hopkins Covid-19 data. The US death toll has gone past 2,46,000 on November 15.

More than 45 states are seeing record spikes during the pandemic’s winter surge. Hospitals are at capacity in several states and doctors are pleading with Americans to hunker down because the “vaccines are coming, it’s just a matter of a couple of months.”

North Dakota is in such dire straits that hospitals there are allowing infected but asymptomatic nurses to treat Covid-19 patients.

But outside, in malls and grocery stores, Americans are out in full force – a stark contrast to the grim public health crisis that continues to hammer the country.

The seven-day rolling average for daily new deaths was more than 1,000 this weekend, ticking higher than in preceding weeks.

Based on current trajectory, America is hurtling towards an ominous coronavirus toll of more than 4,00,000 by next Spring, according to new projections from a predictive model used often by data crunchers in Donald Trump‘s White House coronavirus task force.

The Institute for Health Metrics and Evaluation (IHME) at the University of Washington is predicting a total of 438,941 deaths in America by March 1, 2021.