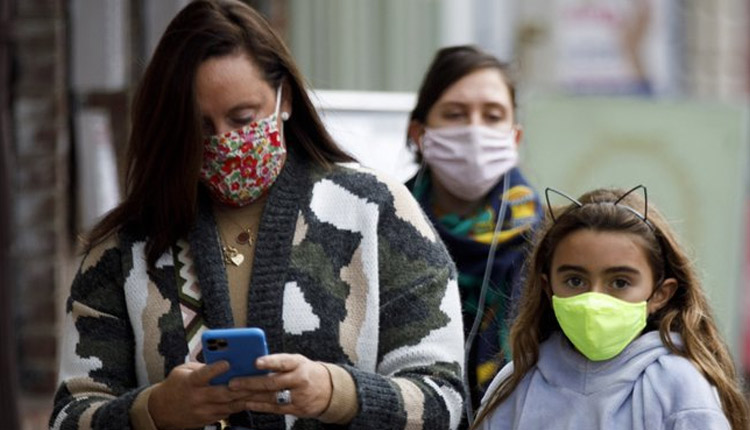 Washington: The total number of global COVID-19 Cases has surpassed the 58 million mark, while deaths have surged to more than1.37 million, according to the Johns Hopkins University.

The University’s Center for Systems Science and Engineering (CSSE) revealed that the current global caseload and death toll stood at 58,035,296 and 1,379,508, respectively, in its latest update on Sunday morning.

Brazil currently accounts for the second highest number of fatalities at 168,989.

In yet another grim milestone, the total number of confirmed coronavirus cases in the US has topped the 12 million mark, according to the Johns Hopkins University.

In its latest update on Sunday, the University’s Center for Systems Science and Engineering (CSSE) revealed that the country’s current caseload and death toll stood at 12,079,296 and 255,804, respectively.

By far, the US remains the nation worst hit by the pandemic, with the world’s most cases and deaths, making up more than 20 per cent of the global caseload.

US Covid-19 cases hit 10 million on November 9, and increased by 1 million within a week.

Starting from November 3, the number of daily cases have been surging above the threshold of 100,000, which has never been seen in past months.

On Friday, a total of 195,542 new cases were identified across the country, marking the highest daily rise in new cases since the pandemic began, according to data compiled by Johns Hopkins University.

The number of confirmed Covid-19 cases in the African continent has reached 2,043,462, the Africa Centers for Disease Control and Prevention said.

The continental disease control and prevention agency said in a statement that the death toll related to the pandemic stood at 49,099 as of Saturday afternoon.

A total of 1,728,682 people infected with Covid-19 have recovered across the continent so far, according to the continental disease control and prevention agency.

The most Covid-19 affected African countries in terms of the number of positive cases include South Africa, Morocco, Egypt, and Ethiopia, figures from the Africa CDC show.

The southern Africa region is the most Covid-19 affected region both in terms of the number of confirmed positive cases as well as the number of deaths, it was noted.

The northern Africa region is the second most COVID-19-affected African region, according to the Africa CDC.