Global COVID-19 cases: Coronavirus Cases Surpass 21 Million-Mark, US is the most infected with Coronavirus

US accounted for the world's highest number of infections and fatalities at 5,309,138 and 168,396, respectively, according to the CSSE. 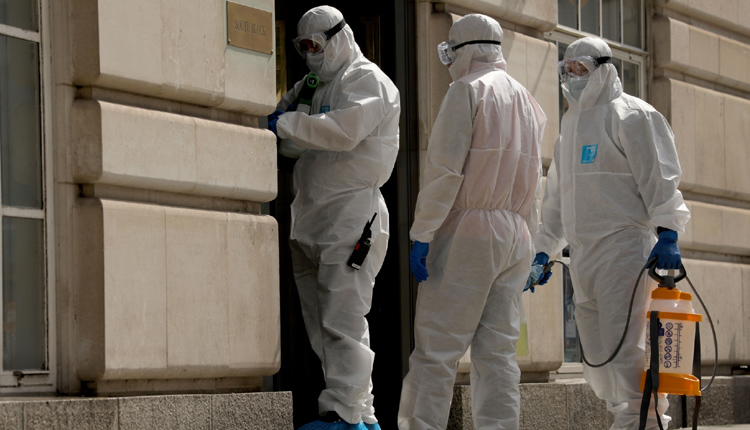 Washington: The overall number of global coronavirus cases has surpassed the 21 million mark, while the deaths were nearing 763,000, according to the Johns Hopkins University.

As of Saturday morning, the total number of cases stood at 21,066,992 and the fatalities rose to 762,997, the University’s Center for Systems Science and Engineering (CSSE) revealed in its latest update.

The US accounted for the world’s highest number of infections and fatalities at 5,309,138 and 168,396, respectively, according to the CSSE.

Nearly 300 staff at a convenience food factory in England’s Northampton have tested positive for the novel coronavirus, health officials said.

The officials are dealing with the outbreak at the Greencore food company which has seen 299 confirmed cases of Covid-19, Xinhua news agency quoted Lucy Wightman, director of public health at Northamptonshire County Council, as saying on Thursday.

A spokesman for the company, which employs 2,100 people, said those who tested positive were self-isolating.

The confirmed test results may force the town in England’s Midlands region into local lockdown.

“Northampton borough has been experiencing a high number of cases over the last four weeks and residents and employees have been asked to ‘act now’ to follow additional measures, to avoid a local lockdown or further government intervention,” Wightman said.

Greencore said in a statement that the company took the decision to proactively test workers as a result of a rise in cases in the Northampton area.

“All of Greencore’s sites have wide-ranging social-distancing measures, stringent hygiene procedures and regular temperature checking in place, and we are doing everything that we can to keep our people safe,” it said.

Over the past seven days, there were 70 new confirmed cases in Northampton alone and the infection rate is well above the county rate with 580 cases per 100,000 population.

Greencore has a number of factories across Britain and makes food for supermarkets, including Marks & Spencer, Tesco and Sainsbury’s, according to media reports.

New Zealand reported 12 new coronavirus cases on Friday, all linked to to an Auckland family cluster, amid the second and stronger wave of the pandemic in the country.

There was also one suspected Covid-19 case reported in Waikato, which is still under observation in a hospital, Director General of Health Ashley Bloomfield said in a daily briefing.

New Zealand has reported a total of 48 active COVID-19 cases, with 30 linked to the Auckland cluster, which has brought overall caseload in the country to 1,251, Bloomfield said.

Bloomfield said 38 people linked to the cluster were already in the Auckland quarantine facility, adding that the number is expected to grow.

“We’ve seen no evidence of a Covid-19 positive test outside of Auckland which is unrelated to the cluster we’re dealing with,” said Health Minister Chris Hipkins.

Testing had ramped up at the borders and all frontline workers will be tested by the end of Friday, Hipkins said.

Auckland resumed Alert Level 3 on Wednesday for three days, with the rest of the country going to Level 2, after 102 days without community transmission in the country.

New Zealand went to a month-long national Alert Level 4 lockdown in late March, and declared an early success of the coronavirus battle in June.

The government will make decisions and inform people of any further alert level changes at 5.30 p.m. in advance of the lockdown ending on Friday midnight.