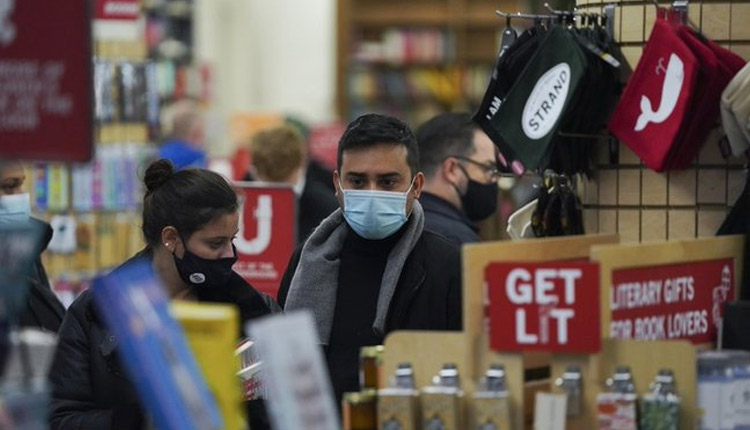 New York: In a grim milestone, the overall number of global coronavirus cases has surpassed the 60 million mark, while the deaths have surged to 1,413,325 according to the Johns Hopkins University.

Countries with more than 1.5 million cases also include France, Russia, Spain and Britain, while other countries with over 50,000 deaths include India, Mexico, Britain, Italy and France, according to the CSSE tally.

The US remains the worst-hit nation, accounting for more than 20 per cent of global cases.

US medical professionals and experts feared the case number will continue to surge after the Thanksgiving holiday.

US Covid-19 deaths surpassed 2,60,000 on Wednesday, according to the Center for Systems Science and Engineering (CSSE) at Johns Hopkins University.

New York state reported 34,362 fatalities, at the top of the US state-level death toll list. Texas recorded the second most deaths, standing at 21,245. The states of California, Florida and New Jersey all confirmed more than 16,000 deaths, the tally showed.

The US remains the nation hit the worst by the pandemic, with the world’s highest caseload and death toll, accounting for more than 18 per cent of global deaths.

The US reported 2,146 daily deaths associated with Covid-19 on Tuesday, the highest since May, the CSSE chart showed.

An updated model forecast by the Institute for Health Metrics and Evaluation at the University of Washington projected a total of 4,70,974 Covid-19 deaths in the US by March 1, 2021, based on current projection scenario.

The coronavirus-related deaths in Britain rose by 696 to 56,533, marking the highest daily death number since May 5, according to official figures released on Wednesday.

Another 18,213 people in Britain have tested positive for Covid-19, bringing the total number of coronavirus cases in the country to 1,557,007, the data showed.

The figures came as some scientists warned that the British government’s plan to relax coronavirus restrictions over Christmas risk “throwing fuel on the Covid fire”, the Xinhua news agency reported.

France on Wednesday registered 16,282 new Covid-19 cases and 381 deaths in a 24-hour span, while pressure on the country’s health services continued to ease, health authorities said.

Since the start of the pandemic, 21,70,097 people have been infected with the virus, and 50,618 of them have died. France now ranks fourth in the number of total Covid-19 cases after the United States, India and Brazil, the Xinhua news agency reported.

As of Wednesday, 29,972 Covid-19 patients had been hospitalised (down 650 from Tuesday), confirming a downward trend reported since mid-November. Of the hospitalised, 4,148 are in intensive care, down 141 in the past 24 hours.