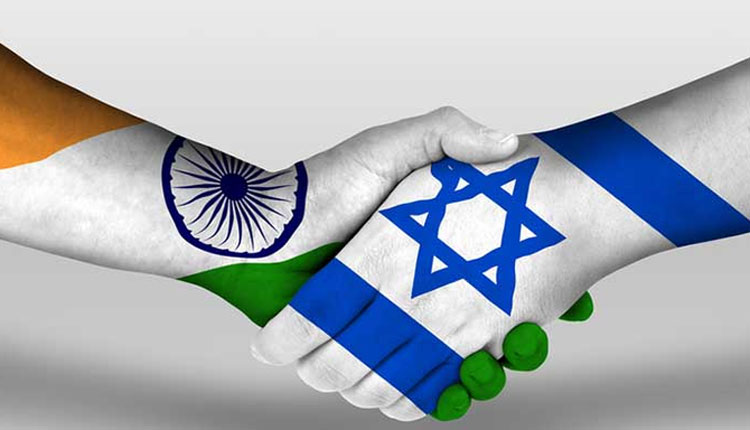 Israel will soon send a high level research delegation to India to conduct a series of “final stages of testing” as part of the joint effort to develop the rapid testing kits for COVID-19 .

A high ranking team from the Directorate of Defence Research and Development (DDR&D), in the Ministry of Defense, which has been working with India’s DRDO to develop rapid testing for COVID-19 in under 30 seconds, is to leave from Tel Aviv to New Delhi on a special flight in a few days, Israel‘s Ministry of Defence said in a statement on Thursday.

Israel’s Ministry of Foreign Affairs (MFA) and Ministry of Health are also involved in this unprecedented cooperation between the two countries which aims at “merging Israeli technology with Indian development and production capabilities to allow a swift resumption of normal life alongside the virus”.

The DDR&D team will conduct a series of “final stages of testing” to determine the effectiveness of a number of rapid diagnostic solutions with their Indian counterparts.

Since the start of the pandemic, the DDR&D has tested dozens of diagnostic technologies. Some of them have matured and passed initial trials in Israel, however in order to complete testing and prove their effectiveness, these must be tested on a wide range of patients, IMoD said.

The four tech systems that will be tested are – voice test, breathalyzer test based on terra-hertz waves, isothermal test, and polyamino acids test.

“What they all have in common is the ability to detect the presence of the virus in the body quickly- usually within minutes. Developing diagnostic capabilities is a goal for the State of Israel and of many additional countries around the world. It is the most effective way to cut off ‘chains of infection’, prevent prolonged quarantine and enable the reopening of the global economy,” the statement said.

“We hope that the research and development led by the DDR&D together with our excellent industries and academic institutions, will lead to a breakthrough that will change the way we diagnose and fight the virus, while giving the boost necessary to ‘restart’ our economy,” Defense Minister Benny Gantz said.

Foreign Minister Gabi Ashkenazi noted that this cooperation provides a unique opportunity for scientific and technological cooperation that can assist Israel, India and the world in coping both with the pandemic and with the economic crisis that came with it.

The cooperation between Israel and India will enable the delegation and its Indian counterparts, to collect tens of thousands of samples in just ten days, and analyze them using computer systems based on artificial intelligence. This massive sampling will shorten processes and advance the approval of effective technology. All tests will be validated using PCR tests.

“The cooperation between India and Israel on COVID-19 is a good example of harnessing the scientific and technological strengths that the two countries have for larger, common good. It will also further deepen our strategic ties, India’s Ambassador Sanjeev Singla told PTI.

The flight will be carrying some breakthrough emerging Israeli technologies for combatting COVID-19, which have been donated by the Israeli foreign ministry and the private sector, in order to bolster India’s response to the virus outbreak.

The plane will also deliver mechanical ventilators which were given special permission by Israel for export to India.

Prime Minister Narendra Modi and his Israeli counterpart Benjamin Netanyahu have held three telephonic conversations since the outbreak of the pandemic and promised mutual assistance in dealing with the virus, committing to joint technological and scientific research between the countries.

The Israeli media widely reported that Modi lifted a ban on the export of Hydroxychloroquine at Netanyahu’s request.

“The past few years have cemented the strategic relations between India and Israel and have included two historical visits of the Prime Ministers in Israel and in India,” a press statement from the ministry of defence said.

“India seeks to integrate advanced technologies in its hospitals as they prepare to treat massive waves of COVID-19 patients on an Indian scale. The Israeli companies chosen by the MFA, MOD and Israel Defence Forces to be sent to India are potentially given unique access to one of the largest economies in the world to provide monitoring and treatment technologies while significantly reducing contact between the patients and the medical staff,” it said.

“By opening the door to India’s market with its development and production capabilities, these Israeli technologies can be mass produced at a lower cost and could in future be jointly exported to third countries,” it said.

“The COVID-19 pandemic is a global challenge, so it is only right that the solution be a global scientific cooperation between countries. India and Israel’s military R&D cooperation is well known for its success. I have no doubt the same will be seen in the private sector joined by brilliant scientific minds from both countries to introduce a breakthrough in swift and simple testing procedures, said Prof. Nati Keller, an infectious diseases specialist from Sheba Medical Center, who is leading the medical side of the delegation.

Over 49% Believe COVID-19 Threat Is Exaggerated, 59.8% Feel Someone In Their Family May Get Infected

COVID-19 Vaccine Will Be Ready By Year End In ‘Best Case Scenario’: Pfizer