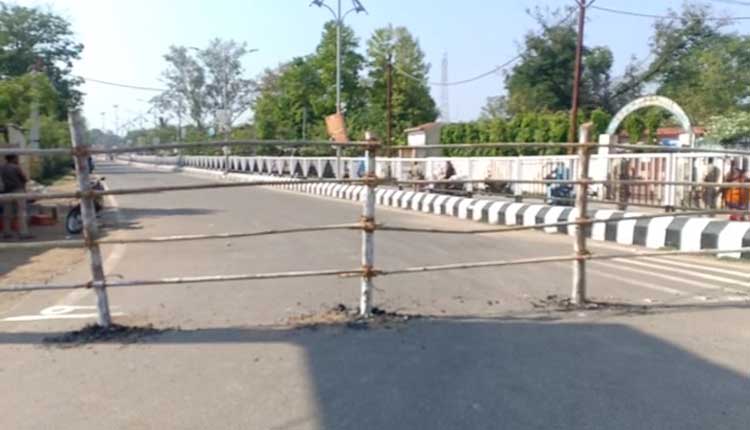 Cuttack: With the number of Coronavirus positive cases rising in Bhubaneswar, several areas in Cuttack have now been earmarked as containment zones.

“Ward No. 1 of Jairampur gram panchayat (GP) in Nischintakoili tehsil and Ward Nos. 12 and 13 of Mirzapur GP in Salepur tehsil have been declared as containment zone,” district magistrate-cum-empowered officer, Bhabani Shankar Chayani said.

The decision to declare the localities as containment zone was taken after it was found that a person from Jajpur district, tested Covid-19 positive had visited Jairampur village in Nischintakoili and Kanpur village in Salepur on the March 21.

Areas under Salepur and Nischintakoili blocks in #Cuttack declared as containment zone to prevent the spread of #COVID19 pic.twitter.com/tAEY40I67z

“The areas require comprehensive contact tracing and it is desirable to make the area a Containment Zone to prohibit free ingress and egress of people in larger public interest,” the district collector said.

As per the containment guidelines, all vehicular and personnel movement in and out of the identified areas have been stopped forthwith till further orders. All inhabitants of the areas have been asked to remain at home while commercial establishments, all government and private institutions within the area will remain closed.

The block development officers (BDOs) of Nischintakoili and Salepur have been appointed nodal officers who will remain in-charge of the supply of essential commodities and barricading of the Containment Zone in their respective block areas. Supply of medicines and essential goods will be ensured by the respective block administrations.

“The first positive case of COVID-19 has been detected in Beheraguda village under Khamarhaldi GP of Golamunda block and urgent measures need to be taken for active contact tracing and social distancing,” the district collector said in his order.

The shutdown period is effective from 7 AM of April 5 till midnight of April 14.

It is worth mentioning here that the total number of Covid-19 cases in Odisha has risen to 39 of which 30 positive cases are from Bhubaneswar.

India switches off power, and lights up to thank ‘Corona warriors’