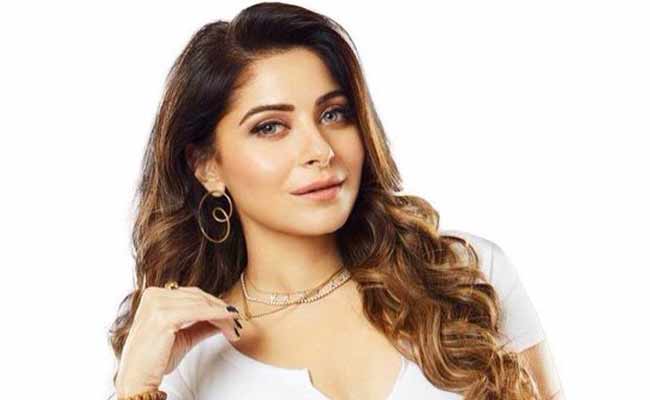 Mumbai: Baby Doll fame Kanika Kapoor has tested positive for novel coronavirus, becoming the first Bollywood celebrity in the country to be infected by the disease. The singer’s throat and nasal swab samples were reportedly collected at the Microbiology lab of a city hospital in Lucknow.

Reports claimed that the singer landed in Lucknow from the United Kingdom some days back and was admitted to the hospital after she showed signs of flu.

Many people burst out on her on social media citing that she evaded thermal screening at airport and that later she stayed in a five-star hotel and attended party with at least 100 people present.

As the matter spread like wildfire and people demanded action against her, Kanika took to Instagram and released a statement saying she’s under complete quarantine and medical care while clarifying that she developed signs of flu only in the last four days.

For the past four days, I have had signs of flu. I got myself tested and it came positive for Covid-19. My family and I are in complete quarantine now and following medical advice on how to move forward. Contact mapping of people I have been in touch with is underway as well. I was scanned at the airport as per normal procedure 10 days ago when I came back home, the symptoms have developed only four days ago. At this stage she would like to urge people to practice self isolation and get tested if one has the signs. I am feeling ok, like a normal flu and a mild fever, however we need to be sensible citizens at this time and think of all around us. We can get through this without panic only if we listen to the experts and our local, state and central government directives. Wishing everyone good health – Kanika said in her statement.

According to the Health Ministry data, the novel coronavirus cases in India rose to 195 on Friday till 9 AM after 22 fresh cases were reported from various parts of the country. The cases include 32 foreign nationals including 17 belonging to Italy, 3 from the Philippines, two from the UK, one each from Canada, Indonesia and Singapore.

Meanwhile, senior BJP leader Vasundhara Raje said that she had attended the dinner party where Kanika was also a guest. “While in Lucknow, I attended a dinner with my son Dushyant and his in-laws. Kanika, who has unfortunately tested positive for Covid-19, was also a guest. As a matter of abundant caution, my son and I have immediately self-quarantined and we are taking all precautions.”

No Major Side-Effects Of HCQ, Should Be Continued As…

UP Chief Minister Yogi Adityanath has asked officials to lodge an FIR against the singer on charges of concealing facts and putting public in danger.

According to official sources, the Chief Minister has given the nod for the FIR.

Sources said that Kanika had stayed in room no 602 of Hotel Taj, which has now been closed for two days. Officials are now scanning the CCTV footage of the hotel to see the movement of the singer in the hotel.

“The FIR will be lodged against her because she came from London and was aware of the corona safety protocols. She apparently did not get tested at the airport and even though she was developing symptoms, she freely attended parties and mingled with a large number of people,” said a senior police official.

Incidentally, UP Health Minister Jai Pratap Singh was present at the meeting despite having announced that he was in self-isolation because he had attended the party, hosted by Akbar Ahmad Dumpy, where Kanika Kapoor was present. The minister sent his samples for corona tests on Friday afternoon.

A team of health officials visited the residence of Lokayukta, Sanjay Mishra who had also organised a party that was attended by the singer. The health officials asked Mishra and his family to self-quarantine themselves and informed them of safety protocols.

Independent legislator and former minister Raghuraj Pratap Singh a.k.a. Raja Bhaiyya has also self-quarantined himself. Raja Bhaiyya did not attend the party hosted by former MP Dumpy but had visited the latter’s residence on that day.

Meanwhile, Noida MLA Pankaj Singh had attended a meeting with Health Minister Jai Pratap Singh on Thursday and has now gone into self-quarantine along with three other legislators.

US Invents Portable Device To Predict Pandemic In Making

No Major Side-Effects Of HCQ, Should Be Continued As COVID-19 Preventive Treatment:…