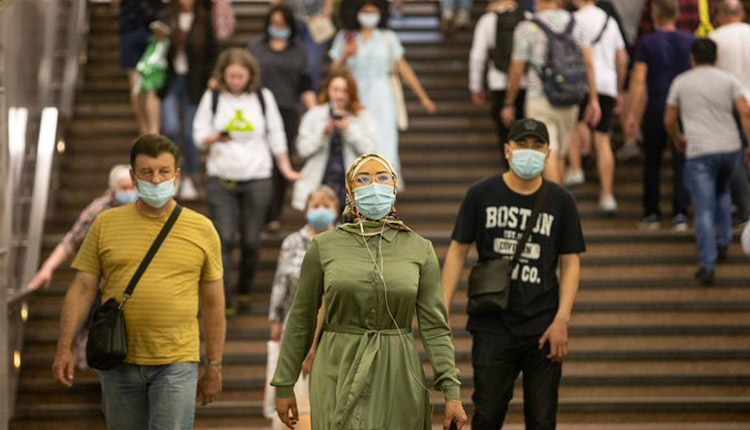 Washington: The total number of global Covid-19 cases has topped 96.8 million, while the deaths have surged to more than 2.07 million, according to the Johns Hopkins University.

The University’s Center for Systems Science and Engineering (CSSE), in its latest update on Thursday morning revealed that the current global caseload and death toll stood at 96,823,968 and 2,073,866, respectively.

Brazil currently accounts for the second highest number of fatalities at 212,831.

The number of confirmed coronavirus cases in France hit a two-month high at 26,784, health authorities said on Wednesday.

A higher daily tally, at 28,393, was registered on November 18, 2020, according to official data, Xinhua news agency reported.

Meanwhile, the country’s coronavirus death toll increased by 310 within a day.

Since Saturday, a nationwide curfew starting at 6 p.m. instead of 8 p.m. has been put into effect to contain the viral circulation amid the spread of highly infectious virus variants.

“The curfew is an effective protection to limit the circulation of the Covid-19,” government spokesman Gabriel Attal said early on Wednesday after a cabinet meeting.

“Let’s give this curfew a chance,” he said, noting that an earlier curfew imposed in the worst-hit departments since early January had a “positive impact on the virus circulation.”

“Obviously, if the situation deteriorates in a significant way, other national measures will be decided,” Attal added.

According to the rules, non-European travellers arriving in France would have to present a negative Covid-19 test less than 72 hours before boarding their flights. They would have to self-quarantine for seven days and then take a second test.

British medical experts have called on the public to remain cautious despite the progress in vaccine rollout as Britain is still not out of woods in fighting coronavirus.

Liverpool-based Public Health expert John Ashton, who last Spring predicted the virus would lead to at least 100,000 deaths across the country, said the latest figures did not surprise him.

Ashton told Xinhua: “Although the official figure has now exceeded 90,000, if you study the reports from the (British) Office for National Statistics (ONS), more than 100,000 people have already died with Covid-19 listed on their death certificates.”

Ashton said his work as an expert with the World Health Organization (WHO) on outbreaks of contagious diseases such as Swine Flu and Avian Flu helped him see the impact of allowing a virus to get out of control.

Ashton, who had a Covid-19 vaccine a few days ago, said Britain’s vaccination program could help ease the country back to some normality.

The total number of people who have died within 28 days of a positive coronavirus test has reached 91,470 in Britain after another 1,610 were confirmed on Tuesday, according to official figures. Tuesday’s daily death toll was the highest since the pandemic began in the country, the data showed.