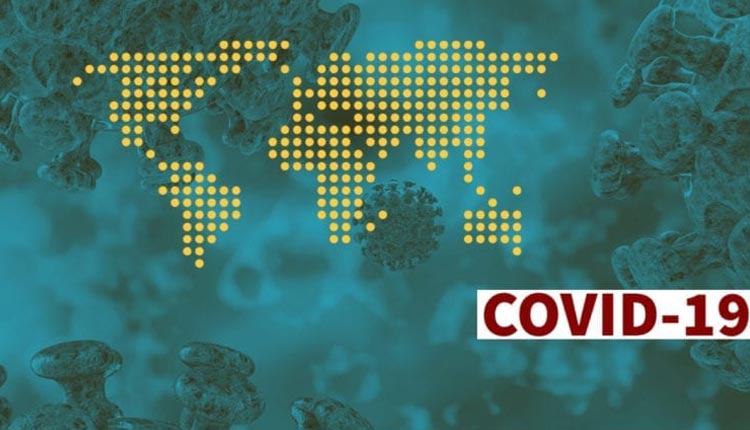 The overall number of global COVID-19 cases has increased to over 10.4 million, while the deaths have soared to more than 509,000, according to the Johns Hopkins University.

As of Wednesday morning, the total number of cases increased to 10,434,835, while the fatalities stood at to 509,779, the University’s Center for Systems Science and Engineering (CSSE) revealed in its latest update.

The US accounted for the world’s highest number of infections and fatalities with 2,629,372 and 127,322, respectively, according to the CSSE.

Top disease researcher Dr Anthony Fauci told the US Senate that he “would not be surprised” if new virus cases in the country reach 100,000 per day.

“Clearly we are not in control right now,” he testified, warning that not enough Americans are wearing masks or social distancing, the BBC reported.

During the hearing, he said about half of all new cases come from four states.

Earlier, the New York governor said nearly half of all Americans must self-quarantine if they visit the state.

On Tuesday, cases rose by more than 40,000 in one day for the fourth time in the past five days.

The surge – which is occurring particularly strongly in southern and western states – has forced at least 16 states to pause or reverse their reopening plans, according to CNN. Florida, Arizona, Texas and California are the four states referenced by Dr Fauci as being most heavily hit currently.

ASEAN, Australia vow to work with WHO on COVID-19

The Association of Southeast Asian Nations (ASEAN) and Australia vowed to work with the World Health Organization (WHO) and relevant agencies to enhance collective response to the COVID-19 pandemic, according to a Cambodian foreign ministry’s press statement.

The statement was released on Tuesday after the special ASEAN-Australia foreign ministers’ meeting on COVID-19 via video conference, Xinhua news agency reported.

“The meeting agreed to work with relevant international organisations, especially the World Health Organization (WHO), and the global community to enhance collective pandemic preparedness and response and to prevent its long-term impacts,” it said.

During the virtual meeting, Cambodian Foreign Minister Prak Sokhonn said ASEAN has been very active since the beginning of the crisis in galvanizing collective response, not only among ASEAN member states but also with their external partners, the statement said.

“The proactive approach of ASEAN can send a clear message that, in time of crisis, the international communities in fact need to ramp up coordinated and collective response as well as international solidarity,” he said.

Sokhonn, who is also a deputy prime minister, said ASEAN and Australia need to stay vigilant of a second wave of infection as countries are beginning to draft their own respective roadmap for easing the COVID-19 restriction.

“We must continue to intensify our efforts to defeat this pandemic together on all fronts as our respective governments have committed at the 73rd World Health Assembly,” he said.

He added that as part of the economic recovery plan, a concrete action can be done through the signing of the Regional Comprehensive Economic Partnership (RCEP) at the earliest possible time.

Another 155 COVID-19 patients have died in Britain as of Monday afternoon, bringing the total coronavirus-related death toll in the country to 43,730, the British Department of Health and Social Care said.

The figures include deaths in all settings, including hospitals, care homes and the wider community, Xinhua news agency reported on Tuesday.

As of Tuesday morning, 312,654 people have tested positive for the disease in Britain, a daily increase of 689, according to the department.

As of Tuesday morning, there have been 9,426,631 tests of the novel coronavirus in the country, with 133,467 tests on Monday, said the department.

British Prime Minister Boris Johnson on Tuesday announced a 5-billion-pound (about US $6.2-billion) plan to fuel economic recovery in the wake of the coronavirus crisis.

The new cases included 539 in the capital Baghdad, 340 in Dhi Qar, 248 in Basra, 146 in Sulaimaniyah, 119 in Karbala and 102 in Maysan, the ministry said in a statement on Tuesday, Xinhua news agency reported.

The ministry also confirmed 104 more deaths, raising the death toll from the infectious virus to 1,943 in the country, while 1,786 more patients recovered, bringing the total recoveries to 24,760.

The new cases were recorded after 12,425 testing kits were used across the country during the past 24 hours, and a total of 544,545 tests have been carried out since the outbreak of the disease, according to the statement.

Jasim al-Falahi, Iraq’s deputy health minister, said in a statement that the latest increase in recoveries is attributed to the great efforts by the health personnel in fighting against the pandemic, and the tightened implementation of the health preventive measures.

Meanwhile, Iraqi Higher Committee for Health and National Safety, headed by Prime Minister Mustafa al-Kadhimi, called on the senior students in all medicine colleges across Iraq to volunteer to help the medical workers in the fighting against the pandemic, according to al-Falahi.