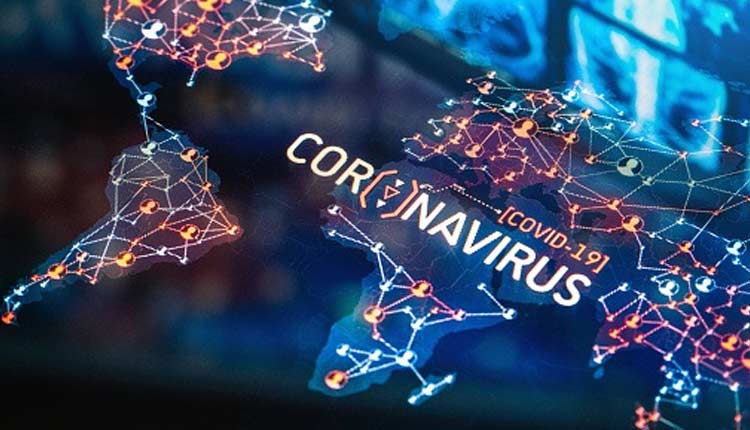 The COVID-19 pandemic has brought the world to a standstill. Here are the latest updates on the coronavirus crisis from around the globe on Friday.

The global number of COVID-19 cases has increased to over 7.5 million, while the death toll was nearing 421,000, according to the Johns Hopkins University.

As of Friday morning, the overall number of cases stood at 7,500,777, while the deaths increased to 420,993, the University’s Center for Systems Science and Engineering (CSSE) revealed in its latest update.

The US continues with the world’s highest number of confirmed cases and deaths at 2,022,488 and 113,803, respectively, according to the CSSE.

In terms of cases, Brazil comes in second place with 802,828 infections.

Regarding fatalities, the UK continues in the second position after the US with 41,364 COVID-19 deaths, which also accounts for the highest number of fatalities in Europe.

The number of new COVID-19 cases in Israel surpassed 200, for the first time since April 25, according to the Ministry of Health.

It said on Thursday that 214 new patients were added, bringing the total number of cases in the country to 18,569, Xinhua news agency reported.

The death toll from the virus increased from 299 to 300, while the number of patients in serious condition increased from 31 to 34, out of 120 patients currently hospitalised.

Earlier on Thursday, Israeli Prime Minister Benjamin Netanyahu warned that if the increase in infections continues, restrictions that were lifted would have to be reimposed.

The COVID-19 pandemic has since early March claimed 29,346 lives in France, the world’s fifth highest toll after the United States, Britain, Brazil and Italy, official data published by the Health Ministry showed.

On daily basis, the tally grew by 27, slightly higher than Wednesday’s 23, the ministry said in a statement on Thursday, Xinhua news agency reported.

The total number of people with the COVID-19 who need hospital treatment fell by 213 to 11,465. The same downward trend was reported in intensive care units, with 903 patients requiring life support, a one-day decrease of 30, it added.

“The gradual and cautious lifting of confinement has resulted in a favourable development of the epidemiological situation on national territory, but the epidemic is far from over,” the ministry said. “Our individual and collective behaviour conditions the future of the epidemic.”

The Spanish Ministry of Health, Consumer Affairs and Social Welfare reported no new deaths from COVID-19 for a fourth consecutive day.

According to the ministry on Thursday, a total of 27,136 people have died from COVID-19 in Spain, with 32 people losing their lives to the virus in the past seven days, Xinhua news agency reported.

The ministry also reported 156 new cases detected by PCR tests, which discover if the coronavirus is active in the body. The figure was down from 164 a day earlier.

Of the new cases, 99 were in the regions of Madrid and Catalonia.

The Iraqi Health Ministry recorded 1,261 new cases of COVID-19, bringing the total number of infections to 16,675 in the country.

It said that 31 more people died from the coronavirus during the day, bringing the death toll to 457, while 6,568 patients have recovered, Xinhua news agency reported on Thursday.

The new cases were recorded after 9,342 test kits were used across the country during the past 24 hours, and a total of 339,868 tests have been conducted since the outbreak of the disease, the statement added.

Meanwhile, Ryadh Abdul Amir, head of the Health Ministry’s Public Health Department, said in a statement that the latest increase of infections “is serious and could lead to extending the full curfew in the country.”

On June 6, the Higher Committee for Health and National Safety, headed by Iraqi Prime Minister Mustafa al-Kadhimi, took several measures including the continuation of the full curfew until June 13, and then replacing it with a partial curfew starting on June 14.

The committee also announced to prevent the movement between provinces, except for the health, security and public service personnel, and ordered security forces to tighten the control of the implementation of health restrictions.

China has been helping Iraq with the fight against the COVID-19 pandemic.

From March 7 to April 26, a Chinese team of seven medical experts spent 50 days in Iraq to help contain the disease, during which they helped build a PCR lab and an advanced CT scanner in Baghdad.