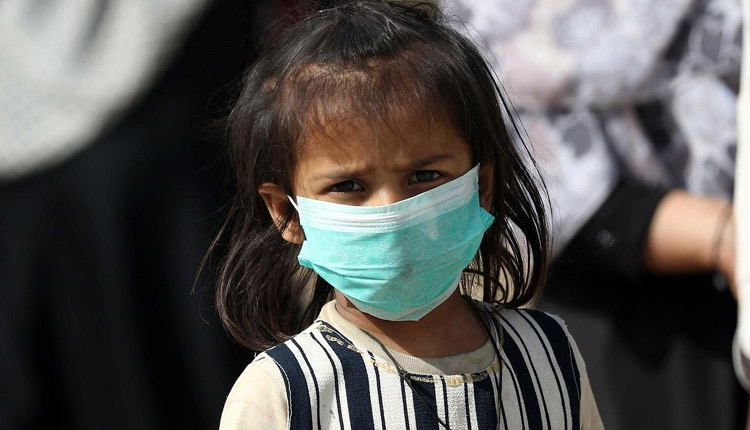 New York: People wear face masks to protect others — not merely to protect themselves. With this in mind, researchers have developed a new concept for a mask that aims to make the wearer less infectious.

The central idea is to modify mask fabrics with anti-viral chemicals that can sanitize exhaled, escaped respiratory droplets.

By simulating inhalation, exhalation, coughs and sneezes in the laboratory, the study, published in the journal Matter, found that non-woven fabrics used in most masks work well to demonstrate the concept.

“We quickly realised that a mask not only protects the person wearing it, but much more importantly, it protects others from being exposed to the droplets (and germs) released by the wearer,” said study author Jiaxing Huang from the Northwestern University in the US.

Although masks can block or reroute exhaled respiratory droplets, many droplets (and their embedded viruses) still escape.

From there, virus-laden droplets can infect another person directly or land on surfaces to indirectly infect others.

To accomplish this, Huang sought to design a mask fabric that: (1) Would not make breathing more difficult, (2) Can load molecular anti-viral agents such as acid and metal ions that can readily dissolve in escaped droplets, and (3) Do not contain volatile chemicals or easily detachable materials that could be inhaled by the wearer.

These non-volatile chemicals were appealing because neither can be vaporized and then potentially inhaled. And both create a local chemical environment that is unfavorable for viruses.

Huang’s team grew a layer of a conducting polymer polyaniline on the surface of the mask fabric fibers. The material adheres strongly to the fibers, acting as reservoirs for acid and copper salts.

The researchers found that even loose fabrics with low-fiber packing densities of about 11 per cent such as medical gauze, still altered 28 per cent of exhaled respiratory droplets by volume.

For tighter fabrics, such as lint-free wipes (the type of fabrics typically used in the lab for cleaning), 82 per cent of respiratory droplets were modified.

The researchers hope the current work provides a scientific foundation for others to develop their own versions of this chemical modulation strategy and test it further with viral samples or even with patients.