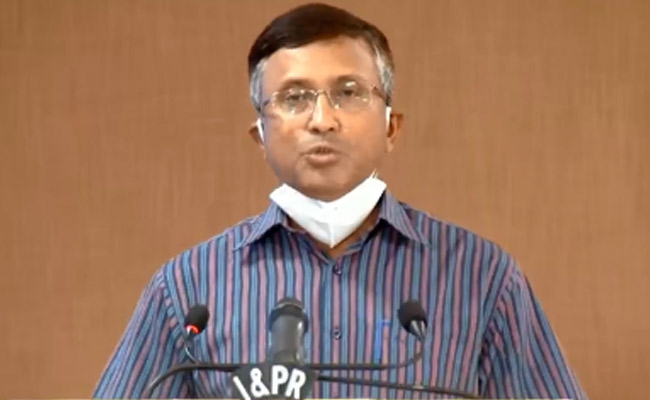 The State government will not compromise with its ongoing fight against COVID-19 for a few people. The violators will be arrested and kept in quarantine away from their home districts, said Odisha Chief Secretary Asit Tripathy on Sunday.

In the last two months, we have been able to contain #COVID19 spread in #Odisha; a lot of frontline workers are working 24/7 across the State; we don’t want to comprise it at any level: #Odisha Chief Secretary Asit Tripathy pic.twitter.com/REAZUQpFbz

He further stated that the quarantine period for the persons resorting to any indiscipline or violating norms will be extended and they will also be deprived of the financial assistance from the government. Clear instructions have been issued to district Collectors, Sarpanchs and other field officials in this regard, said Tripathy.

At present, all the migrant workers and others returning to the State in buses are being allowed to enter through 12 check points. However, it has been learnt that several buses are violating route norms and travelling to other areas in the State other than the stipulated route.

The returnees, who are creating nuisance & escaping from quarantine centres, will be kept at quarantine centres away from their respective districts; violators will be arrested, quarantine period will be extended & no incentive will be paid: #Odisha Chief Secretary Asit Tripathy pic.twitter.com/246dySEXJy

“Some buses are also not following the prescribed vehicle module. They are travelling to other districts instead of the route prescribed in the stickers issued to them. Such vehicles will be seized for violating the prescribed route norm,” said the Chief Secretary.

Besides, Tripathy warned that the buses found overcrowded and violating the prescribed route norms will not be allowed to enter the State.

Odisha has been able to contain the spread of COVID-19 so far due to strict compliance with the lockdown norms and guidelines issued by the Ministry of Home Affairs (MHA), said Tripathy adding, “Clear instructions have been issued to Sarpanchs and Collectors to ensure 100 per cent compliance of quarantine norms and to initiate legal action against violators from today, respectively.”

Some buses ferrying migrants from other States are not following prescribed route norms; stern action will be taken against such vehicles; buses without passes & overcrowded will not be allowed to enter #Odisha: Chief Secretary Asit Tripathy pic.twitter.com/sAuYnwyByr