Odisha government cautions people against optimism over the status quo in Covid-19 numbers. Tomorrow the Government will present the details on participation from Odisha in Tablighi event. 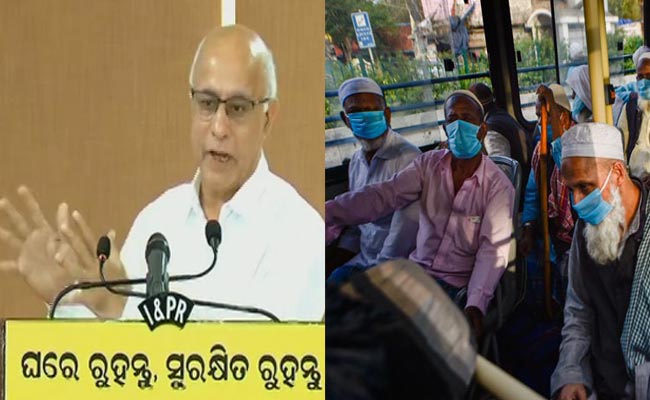 Bhubaneswar: When the count of novel coronavirus in the country keeps growing every day, the status quo Covid-19 numbers in Odisha as on Tuesday failed to bring in a sense of optimism to even Odisha government.

The government again appealed to the people in the State to strictly observe social distancing. “We should remain more vigilant and careful. Social distancing shouldn’t be abandoned. This is not the right time to be swayed away by the single digit Covid-19 count in Odisha,” cautioned Subroto Bagchi, Chief Covid19 spokesperson of Odisha government.

Bagchi’s words of caution assume significance particularly when only last night the controversial Tablighi Jammat incident in Delhi came to light, where social distancing norms were thrown to the wind. Moreover, the glaring lockdown violation showed its impact on Covid-19 numbers in the country. In a single day, Delhi’s Covid-19 numbers jumped by 24.

While reports in national media put the number of people from Odisha inside the Markaz building at 15, the Delhi administration, reports stated has sent them all to quarantine centres. However, the Odisha government today informed that preliminary inquiries show three from Odisha having attended the Tablighi Jammat at Nizamuddin. Maintaining that the individuals and their family members are in-home quarantine now, Bagchi added that the tracking is on and more details will be revealed tomorrow.

Importantly, members of Tablighi Jammat had visited various parts of the country from January 1- March 23. In Odisha, Aalami Ijtema 2020 was also held in Jajpur on March 2.

Emphasising the need for strict adherence to social distancing and lockdown, the State government today explained how the high population density of major cities in Odisha make it more vulnerable to Covid-19 attack. Bagchi said, the population density of Puri is higher than New York, and a small town like Jeypore has a population density almost equal to Rome. Both the cities are now worst hit by n-CoV.

As per the State health department bulletin, 473 tests have been conducted till date and no positive case has been detected in the State today. In the last 24 hours, 103 samples were tested in both the labs in the State. The individuals in hospital isolation in the State dropped to 57 from 76 on Monday.

The bulletin further added that 13,682 calls have been made to State’s Covid-19 helpline number 104, including 4,291 foreign returnees.

“It has come to notice of State government that ambulance services are being misused to ferry people. The government will take strict action in such violations. The driver will be arrested and the vehicle will be seized on the spot,” warned Bagchi.

‘Odisha To Set Up COVID-19 Hospitals In All Districts’