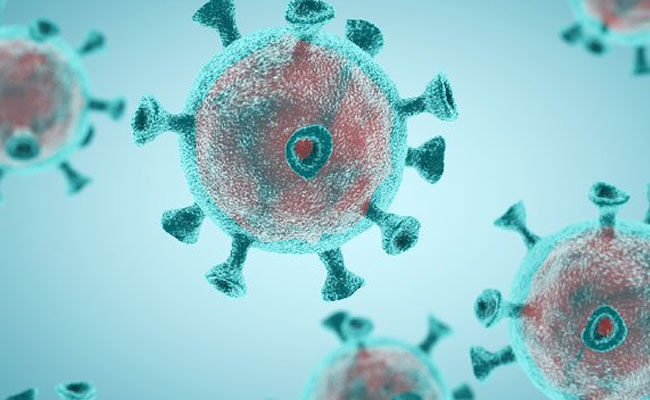 New Delhi:The number of confirmed novel coronavirus cases in the country climbed to 3,374 on Sunday while the death toll rose to 77, according to Union Health Ministry data.

While the number of active COVID-19 cases stood at 3,030, as many as 266 people were either cured of the disease and discharged, and one had migrated, it said.

In its updated data around 9 am, the health ministry reported two new fatalities — one each from Karnataka and Tamil Nadu.

According to the ministry, Maharashtra has reported the most coronavirus deaths at 24, followed by Gujarat 10, Telengana seven, Madhya Pradesh and Delhi six each and Punjab five.

Karnataka has reported four deaths, while West Bengal and Tamil Nadu each have recorded three fatalities. Two deaths each have been reported from Jammu and Kashmir, Uttar Pradesh, and Kerala.

Andhra Pradesh, Bihar and Himachal Pradesh each have reported one fatality, according to the data.

The highest number of confirmed cases was reported from Maharashtra at 490, followed by Tamil Nadu at 485 and Delhi 445. Kerala has 306 positive cases so far, while the number of cases has gone up to 269 in Telangana and 227 in Uttar Pradesh.

Jammu and Kashmir has 92 cases so far and West Bengal has 69. Punjab has reported 57 infections so far, followed by Haryana at 49. Thirty people are afflicted with COVID-19 in Bihar, while Assam has 24 cases. Uttarakhand has 22 cases, followed by Odisha at 20 cases, Chandigarh at 18 infections, and Ladakh with 14.

Ten cases have been reported from the Andaman and Nicobar Islands while Chhattisgarh has nine infections. Goa has reported seven COVID-19 cases, followed by Himachal Pradesh with six and Puducherry with five cases.

“State-wise distribution is subject to further verification and reconciliation,” the Union health ministry said on its website.

Meanwhile, the nation is gearing up to the call of PM Modi  to light a candle or “diya” today at 9 p.m. for nine minutes to dispel the darkness and gloom brought about by the outbreak of the deadly novel coronavirus.

“This Sunday, April 5, we have to challenge the COVID-19 pandemic, we have to introduce it to the power of light,” PM Modi said in an address to the nation.

“We have to take Mahasankalp (the supreme oath) by 130 crore citizens to new heights. I want your 9 minutes at 9 p.m. on April 5,” Modi said.

He then asked Indians to switch off lights in their homes, reach out from their windows, gates or balconies and light a candle or diya for 9 minutes. Even torches and mobile phone lights would also do. “Switch off every light in the house, reach to your main gate or balcony and light a candle, diya, torch or your mobile’s flash for 9 minutes,” Modi said.