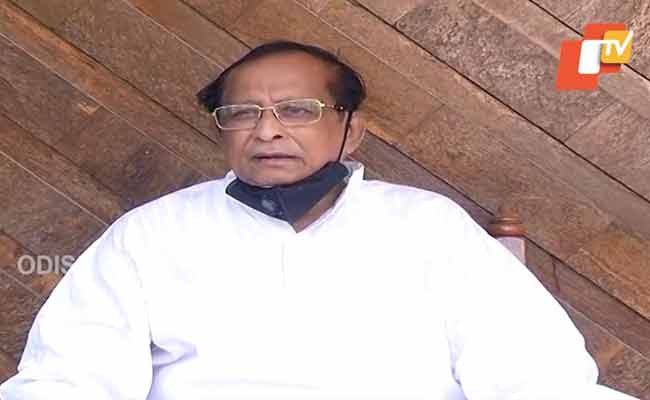 Bhubaneswar: Amid the nationwide lockdown due to the outbreak of coronavirus, Odisha Assembly Speaker Surya Narayan Patro on Friday announced that the Budget session of the House will resume functioning from the conference hall of the Lok Seva Bhawan.

Speaking to media persons, Patro said that members of the House will meet at the Lok Seva Bhawan’s conference hall on March 30 during which the appropriation bill would be introduced.

“We will resume business of the House on March 30 to pass the appropriation bill. However, the members would assemble at the conference hall of the Lok Seva Bhawan instead of the Assembly building,” said Patro.

Speaking about the reason behind the shifting of the House to Lok Seva Bhawan, the Speaker said, “I came to know last night that the third COVID-19 case in the State has a contact history with a staff of the State Assembly following which I have ordered to keep all the staff of the Assembly in home quarantine. Besides, there is a need for disinfection of the Assembly House to prevent the spread of the virus.”

The Speaker also informed that he has appealed to the leaders of political parties to bring only 30 per cent of their party MLAs to the Lok Seva Bhawan where they will sit while maintaining a distance of two metres from each other. Odisha government’s spokesperson on COVID-19, Subroto Bagchi also said that the third person infected with COVID-19 had visited dispensary of Odisha Assembly.

Meanwhile, the state government has asked the people not to visit Kar Clinic where the 60-year-old man from Bhubaneswar was admitted.

“In spite of repeated advisory, some private health care facilities are not complying with the Covid-19 regulations. Government urges them to act responsibly and follow the regulations while treating patients with flu like symptoms. Non-compliance shall be viewed seriously,” said the Health department.

Bagchi said fresh guidelines would be issued for private hospitals, clinics and doctors in view of coronavirus outbreak. He said the infected man had travelled to Delhi and Rewari in Haryana between March 7 and 10 with his family.

He had travelled in an Indigo flight from Delhi to Bhubaneswar on March 10 with his wife and daughter. After he showed flu symptoms, he had consulted in Vidhan Sabha dispensary in Bhubaneswar.

Later, he had moved to Kar Clinic on March 21 and was admitted in ICU at the clinic. On March 25, the patient had visited the Capital Hospital where his sample was sent for test and confirmed positive for COVID-19.