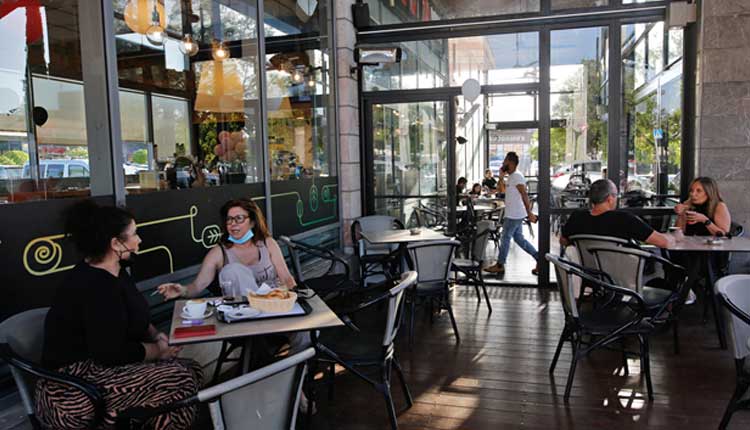 The overall number of global COVID-19 cases has topped 9.5 million, while the deaths have surged to more than 488,000, according to the Johns Hopkins University.

By Friday morning, the total number of cases stood at 9,583,144, while the fatalities increased to 488,740, the University’s Center for Systems Science and Engineering (CSSE) revealed in its latest update.

With 2,418,570 cases and 124,355 deaths, the US continues with the world’s highest number of COVID-19 infections and fatalities, according to the CSSE.

The number of Covid-19 cases in the US topped 2.4 million on Thursday, reaching 2,404,781, according to the Center for Systems Science and Engineering at Johns Hopkins University.

Meanwhile, the national death toll reached 122,370, according to the tally, Xinhua reported.

New York remains the hardest-hit state with 390,415 cases and 31,276 fatalities. Other states with over 100,000 cases include California, New Jersey, Illinois, Texas, Florida, and Massachusetts, the tally showed.

Another 149 Covid-19 patients have died in Britain, bringing the total coronavirus-related death toll in the country to 43,230, the British Department of Health and Social Care said on Thursday.

The figures include deaths in all settings, including hospitals, care homes and the wider community.

As of Thursday morning, 307,980 people have tested positive for the disease in Britain, a daily increase of 1,118, according to the department, Xinhua reported.

As of Thursday morning, there have been 8,710,292 tests of the novel coronavirus in the country, with 167,023 tests on Wednesday, said the department.

British Prime Minister Boris Johnson announced on Tuesday that the current 2-metre social distancing rule will be loosened from July 4 to “1 metre plus” in England so as to further ease the coronavirus lockdown.

Johnson also announced that from July 4, pubs, restaurants and hairdressers, among others, will be able to reopen, providing they adhere to Covid-19 prevention guidelines.

However, some experts have warned that the chances of catching Covid-19 are going up in Britain.

The number of coronavirus cases in Israel has risen to 22,400 after 356 new ones were added, the Ministry of Health said.

The death toll from the virus rose from 308 to 309, while the number of patients in serious condition increased from 46 to 47, out of 186 patients currently hospitalised, Xinhua reported citing the ministry.

Earlier on Thursday, a special ministerial committee decided to impose restrictions on the coastal cities of Bat Yam and Ashdod given their high morbidity rates, according to a joint statement by the prime minister’s office and the health ministry.

This decision includes the closure of schools, ban on gatherings of more than 10, and increased enforcement of the general restrictions

Chinese health authority said on Friday it received reports of 13 newly confirmed Covid-19 cases in the Chinese mainland on Thursday, including 11 domestically transmitted and two imported ones.

All the 11 domestically transmitted cases were reported in Beijing, the National Health Commission said in its daily report, Xinhua reported.

No deaths related to the disease were reported on Thursday, according to the commission.