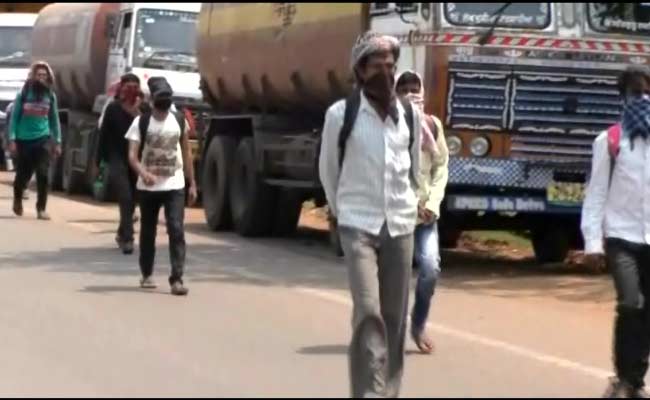 Bhubaneswar: With 33 West Bengal returnees testing positive for COVID-19 in a span of only a week, Odisha government is using mobile tracking to trace the persons who visited or have returned from the neighbouring state during the lockdown period, officials said on Saturday.

Using technology to trace the West Bengal returnees is another strategy of the state government after engaging the panchayat and urban local body functionaries to locate them in every nook and corner of the state, they said.

What has come as a surprise for the administration is that the West Bengal returnees are spread over 29 of the 30 districts of Odisha while 33 persons from Bhadrak, Jajpur and Balasore have been tested positive for coronavirus so far. The efforts are on to locate all the Bengal returnees, a senior official said.

Meanwhile, sources said that National Health Mission (NHM) has asked all the district collectors to track down the returnees and keep them under home quarantine. The district administrative officials have also been asked to send their samples for testing.

While the highest number of 772 Bengal returnees have been located in Balasore district, it is followed by 329 in Jajpur and 242 in Bhadrak district. Similarly, Boudh district reported only one returnee and there was none from Nuapada district, they said.

“We have so far tracked 21 out of total 43 returnees in Koraput district. Samples of 16 of them were sent to RMRC in Bhubaneswar for testing,” said Koraput District Chief Medical Officer (CDMO) Makaranda Beura.

The police has been requested to trace the remaining people, the CDMO said, adding that this method of tracking will be helpful in breaking the chain of transmission of the virus.

As on Saturday, the total number of COVID-19 patients in Odisha reached 100 with 65 cases active while 34 have recovered. One person has died of the disease.