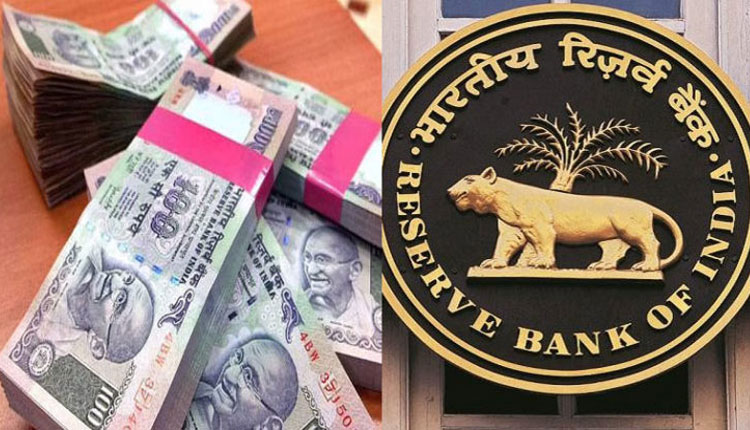 Bhubaneswar: Following reports in a sections of media that the old banknotes of Rs 100, 10 and 5 denoinations would be demonetised by March-April, the Reserve Bank of India (RBI) on Monday issued an official statement.

The Reserve Bank of India categorically termed such reports as ‘incorrect.’

In a tweet, the RBI said, “With regard to reports in certain sections of media on withdrawal of old series of ₹100, ₹10 & ₹5 banknotes from circulation in near future, it is clarified that such reports are incorrect.”

All banknotes in the denomination of Rs 100 and other denominations issued by the RBI in the earlier series will continue to be legal tender, the statement added.

With regard to reports in certain sections of media on withdrawal of old series of ₹100, ₹10 & ₹5 banknotes from circulation in near future, it is clarified that such reports are incorrect.

On November 8, 2016, Prime Minister Narendra Modi announced that all Rs 500 and Rs 1,000 notes would no longer be legal tender.

Petrol, Diesel Prices Steady Even As Crude Crosses $70/B

The central bank subsequently issued currency notes in the denomination of Rs 2000 and Rs 200 notes.

The new 100 rupee notes in lavender colour was issued in 2019. Part of the Mahatma Gandhi (New) Series of banknotes, the new denomination prominently carries the motif of ‘Rani-Ki-Vav’ (The Queen’s Stepwell), a UNESCO World Heritage site in Gujarat.

Earlier, the Press Information Bureau (PIB) had also conducted a fact check on the demonetisation of old Rs 100, 10 and 5 rupee notes. The media reports had attributed RBI for the announcement.

However, the fact check termed such reports as FAKE. “It is being claimed that hundred, ten and 5 rupee notes will no longer be legal tender from March 21, as per the information given by RBI. This claim is false”, the PIB tweeted.

Petrol, Diesel Prices Steady Even As Crude Crosses $70/B

Junk Your Old Car And Get 5% Rebate From Automakers On New Purchase: Union Min Nitin…