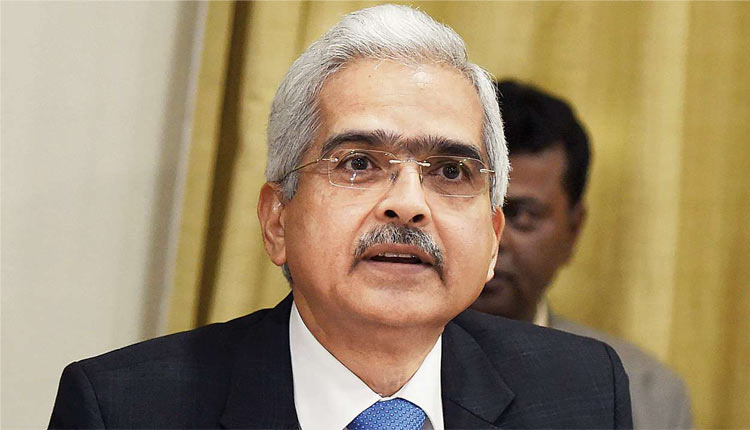 New Delhi: RBI Governor Shaktikanta Das on Monday assured the industry that the central bank was closely monitoring the economic situation and will not hesitate to take appropriate action, as he underlined the need for stepping up investment in the infrastructure sector to reignite growth hit by the COVID-19 crisis.

Addressing members of industry chamber CII, Das said a big push to certain targeted mega infrastructure projects can spur the economy, as was done by the Golden Quadrilateral project in the past.

“This could begin in the form of a north-south and east-west expressway together with high speed rail corridors, both of which would generate large forward and backward linkages for several other sectors of the economy and regions around the rail/road networks. Both public and private investment would be key to financing our infrastructure investments,” he said.

Noting that the progress made on physical infrastructure in the country in the last five years needs to be viewed as no less than a dynamic shift, he said India would need around USD 4.5 trillion for investment in infrastructure by 2030, as per the Niti Aayog.

Asked about industry proposals for one-time restructuring of debt and the central bank buying corporate bonds directly, Das said he has noted the suggestions and will take appropriate steps as and when required.

“I can assure you that RBI remains extremely vigilant, we are monitoring the situation, and as and when certain steps are required, we will not hesitate to take those steps…you are aware about the way the RBI intervened, to support the mutual fund industry and the RBI will always be proactive…as and when whatever steps are required we are prepared to consider,” Das said.

Reflecting on some other dynamic shifts underway in the Indian economy, Das said Indian agriculture has witnessed a distinct transformation and the total production of foodgrain reached a record 296 million tonnes in 2019- 20, registering an annual average growth of 3.6 per cent over the last decade.

“Shifting the terms of trade in favour of agriculture is the key to sustaining this dynamic change and generating positive supply responses in agriculture. Experience shows that in periods when terms of trade remained favourable to agriculture, the annual average growth in agricultural gross value added (GVA) exceeds 3 per cent,” he said.

Lauding long-pending reforms undertaken by the government in the farm sector recently, he said all these initiatives have opened a whole new world of opportunities for industry and businesses and the consequential creation of jobs and augmentation of farmers’ income can be enormous.

These achievements represent the most vivid silver lining in the current environment, Das said, adding the fortunes are shifting in favour of the farm sector in the economy.

“This spectacular progress has set the stage for India targeting to scale up the share of renewable energy in total electricity generation to 40 per cent by 2030. The shift to greener energy will reduce the coal import bill, create employment opportunities, ensure sustained inflow of new investments and promote ecologically sustainable growth,” he said.

The Governor further said information and communication technology (ICT) has been an engine of India’s economic progress for more than two decades now.

Last year, the ICT industry accounted for about 8 per cent of the country’s GDP and was the largest private sector job creator across both urban and rural areas.

In 2019-20, software exports at USD 93 billion accounted for 44 per cent of India’s total services exports and financed 51 per cent of the country’s merchandise trade deficit during the last five years.

Besides, he said, the ‘Startup India’ campaign recognised the potential of young entrepreneurs and provided them a conducive ecosystem.

“This has also helped to strengthen India’s position as an innovation hub, with several startups attaining unicorn status (USD 1 billion valuation). India added seven new unicorns in 2019, taking the total count to 24, the third largest in the world,” he said.

Globally, the regulatory uncertainty relating to work permits and immigration policies may also amplify and the sector has to also deal with concerns relating to data privacy and data security, Das noted.

He also expressed hope that global shifts in Global Value Chains (GVCs) in response to COVID-19 and other developments will create opportunities for India.

“Besides focusing on diversifying sources of imports, it may also be necessary to focus on greater strategic trade integration, including in the form of early completion of bilateral free trade agreements with the US, EU and UK,” he said.

“These dynamic shifts in our economy need to be converted into structural transformations which yield sizable benefits for our economy and help to position India as a leader in the league of nations.

“They involve testing challenges but also the reaping of significant rewards. Indian industry will have the pivotal role in what could be a silent revolution. Can the CII be its spearhead? I leave you with these ideas and dare you to dream,” he said.