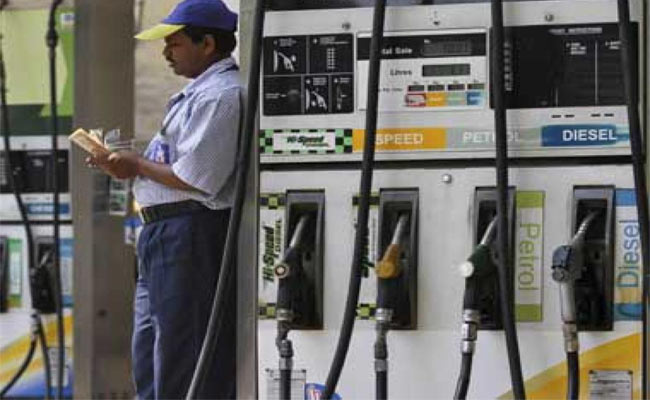 New Delhi: This is one reform initiative of the government that has not yielded the desired results on the ground. A collapse in global crude oil prices was widely believed to provide relief to consumers by way of sharply lower retail price of petrol and diesel. But the reality has turned out to be something else.

The auto fuels today maintain almost the same price levels at pumps that were existing on March 14, when the government raised the excise duty on petrol and diesel by Rs 3 per litre on the back of a single day more than 30 per cent fall in crude to $35 a barrel.

Since then (March 14), crude prices have fallen by another 40-50 per cent with Indian basket of crude hovering around $20 a barrel now, but retail prices of petrol and diesel have not fallen to provide relief to consumers in a time of COVID-19 outbreak.

On March 14, when crude prices were around $35 a barrel, even after factoring in the higher cost, petrol prices stood at Rs 69.87 a litre and diesel Rs 62.58 in Delhi. On Saturday, the retail price of petrol is almost at the same level at Rs 69.59 a litre and diesel at Rs 62.29 a litre in Delhi, when Indian basket of crude is hovering around $20 a barrel.

In fact, oil companies have not revised petrol and diesel prices since March 16 in complete contravention of policy reforms and daily price revision mechanism where petrol and diesel retail prices changed every day.

“A $15 per barrel fall in crude prices since mid-March should have resulted more than Rs 5 per litre price drop for petrol and diesel. But it seems oil companies are still providing themselves a cushion for holding back increase when the government raised excise duty on products last month and anticipating a further increase in future now,” said a former top executive of public sector oil marketing asking not to be named. Oil companies are also facing a 50 per cent slump in sales of the product due to lockdown that has started affecting their financials.

Analysts estimate that petrol and diesel prices fall by roughly 40 paise per litre with each $1 per barrel fall in crude prices.

Continuing higher prices of petroleum products at retail levels also become uncomfortable for consumers even if track historical data. In June 2014, when the price of crude oil stood at $109.1 a barrel, petrol and diesel were retailing at Rs 71.51 a litre and Rs 57.28 a litre, respectively. Since then the government has raised excise duty on the two products on 12 occasions while reducing it only twice.

Petrol and diesel prices in India are linked to product prices and not crude where the fall has not been to that extent. Moreover, much of gains of lower crude oil prices has been offset by the falling rupee that makes oil imports that much expensive, said an executive of country’s largest oil retailer.

The rupee has fallen more than 7 per cent so far this year to also touch this years’ lowest level of Rs 76.91 to a dollar earlier in the week.

Continuing with its reform agenda, the Modi government removed diesel from the administered price mechanism in October 2014. The move was expected to benefit consumers as oil and product prices had started falling from then. The UPA government decontrolled petrol price earlier.

But as the holding back auto fuel price revision for almost 40 days now indicated that administered price mechanism is back in the oil sector albeit temporarily considering the unprecedented situation arising from COVID-19 outbreak.