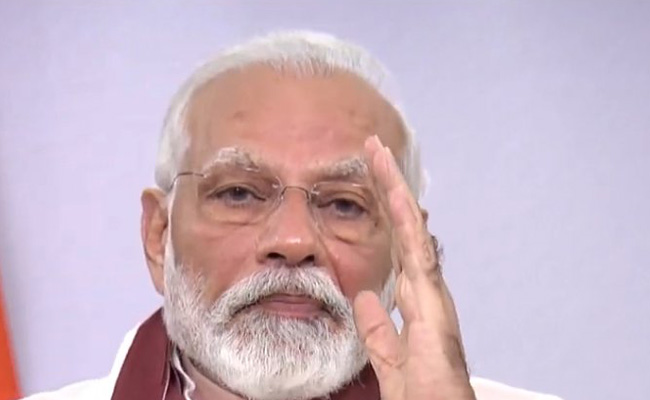 New Delhi: Announcing an economic package to tide over the coronavirus crisis, Prime Minister Narendra Modi on Tuesday said the Indian economy should take a quantum jump, and not in incremental manner.

Addressing the nation on Tuesday evening, Modi said that economy, infrastructure, demography and demand would be among the major features of India in the coming days.

“We need to have such an economy that makes a quantum jump, and not in an incremental manner,” he said.

Talking of the large demand-base in the country, the Prime Minister said the demand and supply chain of the economy should be used to the fullest.

Announcing the Rs 20 lakh crore package, he said the country would have to move forward with bold reforms and also become self-reliant.

He also stressed the need for buying and promoting local products. “Every Indian will have to be vocal for local,” Modi said.

He announced the “Aatma Nirbhar Bharat Abhiyaan” (Self-reliant India Campaign) which would involve an outlay of Rs 20 lakh crore.

Modi said the details of the package would be outlined in the days ahead by Finance Minister Nirmala Sitharaman.

After Prime Minister Narendra Modi announced a Rs 20 lakh crore stimulus package, the Congress said that the promise should not be a hollow one.

“Sincerely hope Rs 20 Lac Crore Package is not scripted with same pen which was used to make following promises of Giving everyone ,15Lac ,Cleaning Maa Ganga, Bringing back black money in 100 days, Transforming Varanasi into Kyoto and Ending terrorism with demonetisation “said Jaiveer Shergill in a tweet.

Prior to Prime Minister’s address Rahul Gandhi released a video and said “Bharat Mata is crying as her children’s are on road without food, government should send them home safely give money to them into their accounts and for employment a package for MSME sector should be announced.”

Modi on Tuesday announced a massive financial package to revive the country’s economy by announcing a total stimulus of Rs 20 lakh crore, or 10 per cent of the country’s GDP.

This amount also includes the earlier packages announced by the Ministry of Finance and the Reserve Bank of India (RBI).

Addressing the nation for the third time during the lockdown, the Prime Minister said that it is now the time to make India self-reliant in every way.

Modi also talked about new infrastructure and systems for a quantum leap of growth.

Centre Identifies 69 Districts For Sero-Survey Including Three From Odisha