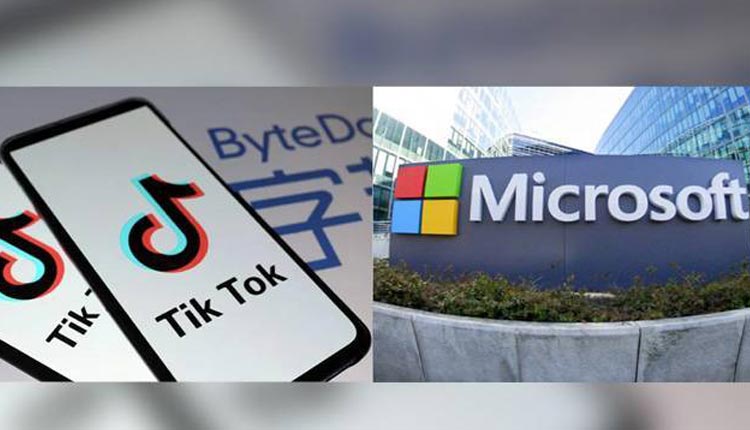 San Francisco: Microsoft has officially confirmed it is in talks to acquire the operations of video-sharing platform TikTok in the US, Canada, Australia and New Zealand markets following a conversation between Microsoft CEO Satya Nadella and President Donald Trump.

“Microsoft is prepared to continue discussions to explore a purchase of TikTok in the United States,” the tech giant said in a blog post late on Monday.

“Microsoft fully appreciates the importance of addressing the President’s concerns. It is committed to acquiring TikTok subject to a complete security review and providing proper economic benefits to the United States, including the United States Treasury,” the company said.

The official confirmation came after reports surfaced that Microsoft has halted its bid to buy the US operations of China-based TikTok after President Donald Trump vowed to ban the short-video making app that has over 80 million monthly users in the country.

According to a report in The Wall Street Journal, a sale was thought close to agreement “but was put in doubt after the US president’s warning”.

Microsoft said that it “will move quickly to pursue discussions with TikTok’s parent company, ByteDance, in a matter of weeks, and in any event completing these discussions no later than September 15, 2020”.

During this process, Microsoft looks forward to continuing dialogue with the US government, including with the President.

The discussions with ByteDance will build upon a notification made by Microsoft and ByteDance to the Committee on Foreign Investment in the United States (CFIUS).

The two companies have provided notice of their intent to explore a preliminary proposal that would involve a purchase of the TikTok service in the US, Canada, Australia, and New Zealand and would result in Microsoft owning and operating TikTok in these markets.

Microsoft said it may invite other American investors to participate on a minority basis in this purchase.

Microsoft said it would ensure that all private data of TikTok’s American users are transferred to and remains in the US.

“To the extent that any such data is currently stored or backed-up outside the United States, Microsoft would ensure that this data is deleted from servers outside the country after it is transferred,” it said.

Trump said last week that he will ban the popular Chinese-owned video app TikTok from operating in the country through an executive order.

Last week, TikTok unveiled a plan to offer creators $2 billion globally in the next three years.

TikTok has denied any Chinese control over its operations.

The move to ban TikTok comes at a time of heightened tensions between the Trump administration and the Chinese government over a number of issues, including trade disputes and Beijing’s handling of the coronavirus pandemic.

Microsoft In Talks To Acquire TikTok’s US Operation