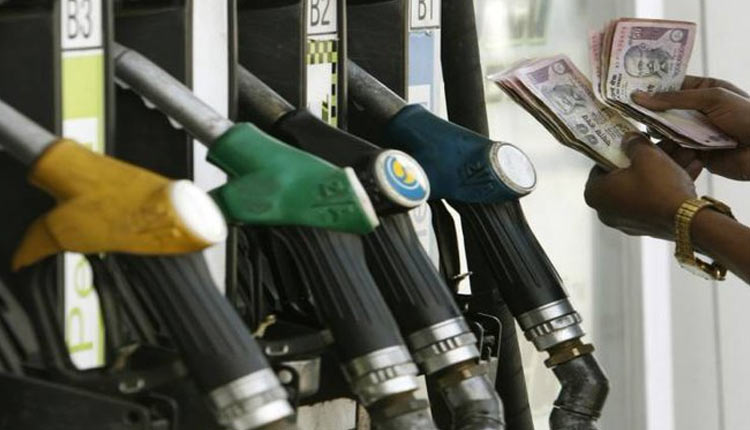 New Delhi: Oil marketing companies on Monday increased the price of petrol and diesel by 60 paise per litre, the second such successive raise to cover for the rise in global product prices.

The increase has been made under the dynamic pricing system for daily revision of fuel prices, which OMCs resumed after over the 80 day break during the lockdown period.

In the national capital, the retail price of both petrol and diesel had increased by 60 paise to Rs 72.46 and Rs 70.59 per litre respectively. In other cities, the increase could vary depending on the tax structure on products.

IANS had written earlier that daily price revision may begin in June and retail prices of petrol and diesel could go up to Rs 5 a litre in phases. In two days it has already gone up by Rs 1.20 per litre.

Prices of transportation fuel were last revised under the dynamic pricing policy on March 16 and there were few instances of price hike only when the respective state governments hiked VAT or cess.

In a bid to increase revenues during the nationwide lockdown, several state governments raised taxes imposed on transportation fuel.

Already, the gap between cost and sale price of petrol and diesel for the OMCs has reached around Rs 4-5 per litre. If this has to be covered over a period of time, given there is no further increase in the global prices, auto fuel prices may be increased by 40-60 paise per day for a couple of weeks to cover the losses.

The increase in retail price under daily price revision would largely depend on prevailing oil prices and global oil market at the time to determine the retail price. Going by the current trend, crude prices are way above price levels in April when even benchmark Brent crude had slipped below $20 a barrel. Brent is now trading at over $42 a barrel.

However, lockdown has also curved demand for auto fuel. This could maintain some check on prices.

Raising retail prices became important for the OMCs now as the recent steep excise duty hike without the resultant increase in petrol and fiscal prices, had substantially brought down its marketing margins from a record high level of Rs 12-18 per litre.

If it is unable to raise prices when the global crude prices are rising, it would start incurring losses that will get steeper.

Rishi Kapoor Was One Actor Who Dared To Refuse Favors From Dawood Ibrahim During Eighties; Details Inside