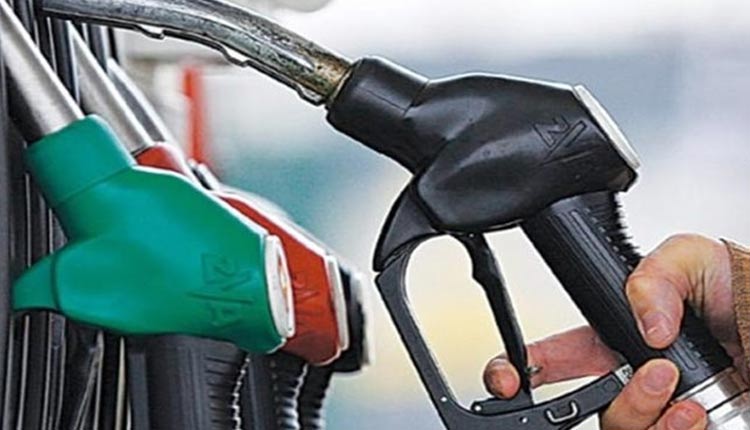 New Delhi: Fuel prices have gone for a pause after rising on 22 of the past 24 days as oil marketing companies (OMC) kept the pump prices of petrol and diesel unchanged on Tuesday.

In the national capital, the petrol price on Tuesday stood at Rs 80.43 per litre and diesel at Rs 80.53 a litre, the same level as of Monday when the OMCs had increased the price of the two fuels by five paise and 14 paise respectively.

Sources in public sector oil companies said that consumers could get relief from the regular price rise of the two petroleum products in coming days as the pause on Tuesday could be replicated in several of the coming days due to softening of global oil prices.

Also, the companies have covered most of the shortfall arising when for 82 continuous days (from March 14 to June 6) petrol and diesel prices remained unchanged while the government substantially raised taxes on the products.

Starting from June 7, the petrol price has increased by Rs 9.17 and diesel by Rs 11.14 in the national capital. In other cities, the magnitude of increase was similar. For the last six to seven days, the quantum of daily increase has fallen from 60 paise per litre to less than 20 paise per litre. With global oil prices remaining around $ 40 a barrel, any fall in oil prices now may result in fuel consumers actually getting the benefit of a cut on petrol and diesel prices.

In a historic development, the price of diesel surged above that of petrol in the national capital during this period. It continues to remain higher even though on Saturday the quantum of the petrol price hike was higher than that of diesel.

Officials in the oil marketing companies said that it is hard to predict which of the two fuels will be priced higher in the national capital as the gap between the two is almost negligible. But petrol prices have shown more volatility in international markets that may take it ahead once again in the coming days.

Apart from Delhi, the retail prices of petrol and diesel have followed the traditional path in other metros with petrol being priced at a premium of between Rs five and eight per litre. The difference between the auto fuel prices in Delhi and other metros is because of the taxation structure.

While both petrol and diesel are at similar levels of taxes (state and Centre) in Delhi, it is higher for petrol in many other Indian cities.

TCS/TDS From Oct 1: Compliance Going To Be A Big Challenge