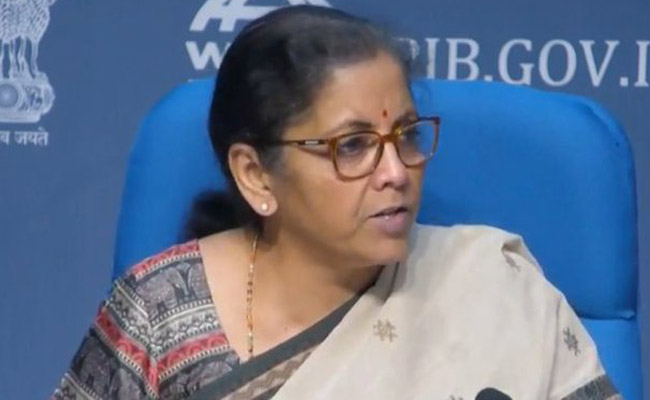 FM Nirmala Sitharaman said to introduce competition, transparency and the private sector participation in the coal sector, the government would go for the revenue sharing mechanism instead of the fixed rupee or tonne mechanism.

She said 500 blocks of minerals will be auctioned in a composite exploration-cum-mining-cum-production regime.

Also, a joint auction of bauxite and coal blocks would be done to enhance the aluminium industry’s competitiveness.

This, she said, will help the aluminium industry reduce electricity costs.

She said the distinction between captive and non-captive mines will be removed to allow the transfer of mining leases and sale of surplus unused minerals, leading to better efficiency and production.

Earlier, only captive consumers with end-to-end ownership could bid for the coal mines. Now anyone can bid and sell the produce in the open market on commercial terms.

Stating that nearly 50 blocks will be offered immediately, Sitharaman said there would be no eligibility conditions apart from upfront payment with a ceiling.

Also, against the earlier provision of the auction of fully explored coal blocks, now even partially explored blocks could be auctioned. Production, earlier than scheduled, will be incentivised through rebate in the revenue share.

The government will also incentivise coal gasification or liquefaction through rebate in the revenue share. It would significantly lower environmental impact and also help India switch to a gas-based economy, she added.

The Rs 50,000 crore infrastructure development will be carried out for it. This will help Coal India (CIL) raise production from 600 million tonnes to 1 billion tonnes by 2023-24.

The announcements are part of the Rs 20 lakh crore economic package announced by Prime Minister Narendra Modi on Tuesday.

You Might Be Interested: Govt Further Opens Up Coal Mining; Allows Non-Coal Cos To Bid, Removes End-Use Restriction