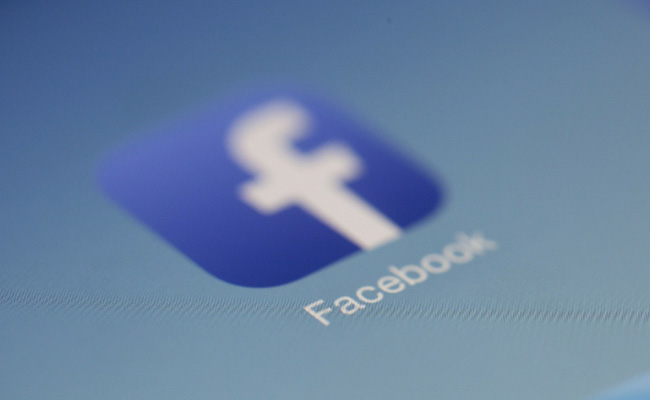 New Delhi: As Facebook is set to take up nearly 10 per cent stake in Reliance Jio, Mark Zuckerberg, the Facebook CEO on Wednesday said that both the companies would work on some major projects to open up commerce opportunities for people in India.

Zuckerberg in a Facebook post said that India is in the middle of a major digital transformation and organizations like Jio have played a big part in getting hundreds of millions of Indian people and small businesses online.

“This is especially important right now, because small businesses are the core of every economy and they need our support. India has more than 60 million small businesses and millions of people rely on them for jobs. With communities around the world in lockdown, many of these entrepreneurs need digital tools they can rely on to find and communicate with customers and grow their businesses,” he said.

Concurrent with the investment, Jio Platforms, Reliance Retail and WhatsApp have also entered into a commercial partnership agreement to further accelerate Reliance Retail’s New Commerce business on the JioMart platform using WhatsApp and to support small businesses on WhatsApp.

Under the plan, the companies will work closely to ensure that consumers are able to access the nearest kiranas who can provide products and services to their homes by transacting seamlessly with JioMart using WhatsApp.

He said that the company is partnering with Jio to help people and businesses in India create new opportunities.

In a video message, Reliance Industries Chairman, Mukesh Ambani said that the partnership will empower nearly three crore small kirana shops in the near future.

“In the very near future, JioMart – Jio’s digital new commerce platform, and Whatsapp – will empower nearly 3 crore small Indian Kirana shops to digitally transact with every customer in their neighbourhood. This means all of you can order and get faster delivery of day-to-day items, from nearby local shops,” Ambani said.

Facebook on Wednesday announced an investment of USD 5.7 billion (Rs 43,574 crore) to buy a 10 percent stake in the firm that houses billionaire Mukesh Ambani’s telecom arm Jio as the social media giant looks to expand presence in its largest market in terms of subscriber base.

“Today we are announcing a USD 5.7 billion, or Rs 43,574 crore, investment in Jio Platforms Ltd, part of Reliance Industries Ltd, making Facebook its largest minority shareholder,” the company said in a statement.

Reliance in a separate statement said the investment by Facebook values Jio Platforms at Rs 4.62 lakh crore pre-money enterprise value (USD 65.95 billion, assuming a conversion rate of Rs 70 to a US dollar).

“Facebook’s investment will translate into a 9.99 percent equity stake in Jio Platforms on a fully diluted basis,” it said.

The Facebook deal is part of value unlocking by RIL to cut debt. RIL has been seeking strategic partnerships across its businesses while targeting to deleverage its balance sheet.

It has been talking to Saudi Aramco for sale of a 20 percent stake in its oil-to-chemical business for an asking of USD 15 billion. RIL has already tied up with BP Plc for fuel business as it targets to have a debt-free status by next year.

Jio had also been reportedly talking separately to Google but the fate of those discussions is not known.

Facebook already has 400-plus million Whatsapp users in India and is looking to launch a payment offer. Having a local partner could help it in navigating various regulatory issues, including those related to privacy and local storage.

Also, having a good telecom partner could help Facebook improve its reach to the masses.

From a RIL perspective, it could leverage Facebook’s technology expertise and talent pool as well as help in its ambitions to make Jio a digital company. This apart, the deal would aid the company in achieving zero debt status by March 2021.

Since launching Jio in 2016, RIL has emerged as the only Indian company capable of competing with US tech groups in the fast-growing Indian market, expanding from mobile telecom into everything from home broadband to e-commerce.

Jio has emerged as the number one telecom operator in India, both in terms of traffic as well as revenue in a virtual two-player market since the third player, Vodafone-Idea is struggling under regulatory burden. Jio’s main competitor is Bharti Airtel.

Facebook said the investment “underscores our commitment to India and our excitement for the dramatic transformation that Jio has spurred in the country.”

“In less than four years, Jio has brought more than 388 million people online, fueling the creation of innovative new enterprises and connecting people in new ways. We are committed to connecting more people in India together with Jio,” it added.

Together with WhatsApp and Instagram, Facebook overall is estimated to have more users in India than any other single country.

“The partnership between Facebook and Jio is unprecedented in many ways. This is the largest investment for a minority stake by a technology company anywhere in the world and the largest FDI in the technology sector in India,” RIL said.

“The investment values Jio Platforms amongst the top 5 listed companies in India by market capitalization, within just three-and-a-half years of the launch of commercial services, validating RIL’s capability in incubating and building disruptive next-generation businesses, while delivering market-defining shareholder value,” the statement said.

RIL said that concurrent with the investment, Jio Platforms, Reliance Retail Ltd and WhatsApp have also entered into a commercial partnership agreement. This is to further accelerate Reliance Retail’s new commerce business on the JioMart platform using WhatsApp and to support small businesses on WhatsApp.

Commenting on the partnership with Facebook, RIL Chairman and Managing Director Mukesh Ambani said, “when Reliance launched Jio in 2016, we were driven by the dream of India’s Digital Sarvodaya India’s Inclusive Digital Rise to improve the quality of life of every single Indian and to propel India as the world’s leading Digital Society”.

The synergy between Jio and Facebook will help realize the goal of ‘Digital India’, he said. “In the post-corona era, I am confident of India’s economic recovery and resurgence in the shortest period of time,” he added.

The transaction, RIL said, is subject to regulatory and other customary approvals.

Morgan Stanley as a financial advisor and AZB & Partners and Davis Polk & Wardwell as counsels advised RIL on the transaction.