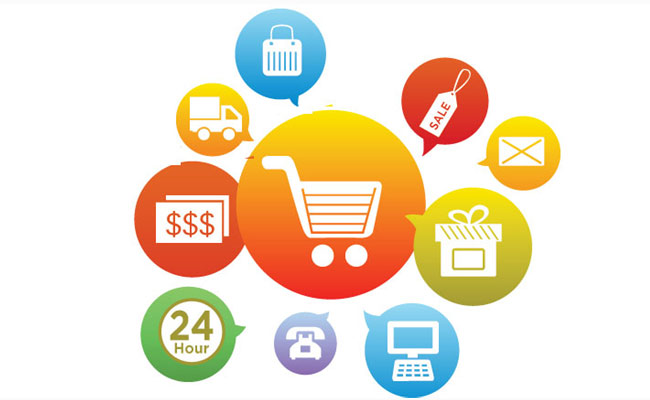 New Delhi: E-commerce companies are likely to resume full services across most parts of the country from Monday under the fourth phase of the lockdown that allows greater relaxations, although industry watchers say they are waiting for states’ decision on the matter.

According to the latest Union Home Ministry’s order, “all other activities will be permitted, except those which are specifically prohibited” under the fourth phase of the lockdown that ends on May 31.

However, in containment zones, only essential activities will be allowed. States and union territories – based on their assessment of the situation – may prohibit certain other activities in various zones or impose such restrictions as deemed necessary, the order added.

Emails sent to Flipkart and Amazon India did not elicit a response.

Srinivas Mothey, Senior Vice President of Paytm Mall, said the move will help the company deliver to most of the metro cities which were in the red zones.

“We thank the government for taking the decision for allowing the delivery of non-essentials in red zones across the country. This move will help us deliver to most of the metro cities which presently fall in the red zones,” he said, adding that the company has received a sizeable number of consumer electronics wishlist orders from metro cities.

“…people have been waiting to buy laptops, mobile phones, as well as other daily use items for the last several weeks now. The government’s decision will also help in opening up supplies of consumer electronics from warehouses which are in the red zones,” Mothey said.

He added that the company has already had discussions with its merchant and logistics partners, and will start taking orders and delivering from Monday itself.

“We are ensuring that all state and central guidelines are followed to operate in the red zones. In the coming week, we hope for more relaxations in the interstate movement of non-essential goods so that e-commerce activity scales up,” he added.

An industry executive, who did not wish to be named, said companies are waiting for more clarity from states before taking a final call on the resumption of services in various locations.

A Snapdeal spokesperson said the MHA guidelines pave the way for a broader resumption of economic activities across most parts of India.

“E-commerce has played a crucial role in the last two months by delivering a range of much-needed goods to consumers – within the safety of their homes. Our sellers and delivery partners have worked extensively to meet these requirements while exercising strict safety measures and we applaud their commitment in rising to the occasion,” the spokesperson said.

He said the company is “ready and equipped” to now start serving customers all across India – in red, green and orange zones – and added that the development will enable lakhs of medium and small online sellers to start rebuilding their businesses.

In the first two phases of the lockdown (that started from March 25), e-commerce companies were allowed to sell only essential items like grocery, healthcare and pharmaceutical products.

In the third phase (from May 4), these platforms were allowed to sell all items in orange and green zones, but only essential items were allowed to be shipped in red zones that include top e-commerce hubs like Delhi, Mumbai, Bengaluru, Pune and Hyderabad.

Sales of non-essential items on e-commerce platforms in the first week of May were lower than last year on account of the lockdown, but orders were scaling fast as people bought apparel, smartphones and grooming products among other items.

The industry continues to face the challenge of availability of limited manpower for warehouses and delivery.

Similarly, cab-hailing services like Ola and Uber may also resume services across locations.

The MHA order said inter-state movement of passenger vehicles and buses with mutual consent of the states and union territories involved.

It added that intra-state movement of passenger vehicles and buses, as decided by the states and union territories.

These activities will be permitted with restrictions, except in the containment zones. Also, standard operating procedures (SOPs) for the movement of people will continue to operate.

Ola and Uber did not respond to emailed queries.

Odisha Govt Will Be Responsible If Any Migrant Dies Travelling Home On Foot: LoP Pradipta Naik