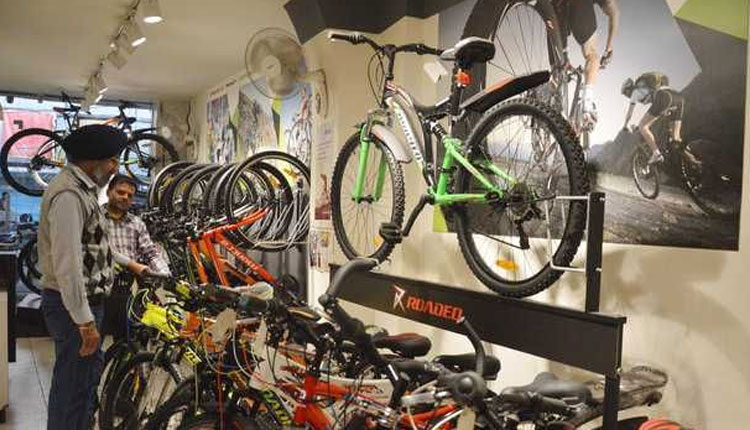 New Delhi: The sales of bicycles have registered an increase even as the market and other businesses have faced the beating of the Coronavirus-triggered lockdown.

Since most people were confined to indoors during the lockdown phase as a result of which their health and fitness were affected, they began buying bicycles. Cycling, an aerobic activity, is considered as one of the best exercises that comes with many health benefits.

Even as bicycle traders have expressed happiness over the increasing demand, they are also finding it a bit difficult to strike a proper balance between demand and supply due to slow supplies of bicycles.

Sunil Kumar of Chandni Chowk’s bicycle market told IANS: “The demand is good but we do not have the supplies to fulfil it since the stock of bicycle that comes from Ludhiana is not arriving.”

The shopkeepers also said that there has been a slight decline in bicycle sales after the ‘unlock’ since gyms have re-opened.

Rajiv Batra, president of the Rajdhani Cycle Dealers Association, told IANS, “Our business did not suffer such a loss although people in other trades suffered a lot. There was some fear at the start of the lockdown.”

There are around 200 bicycle and toy shops in Delhi’s Chandni Chowk. Besides, there is also a very old cycle market in Jhandewalan.

Vipin Nijhavan, general secretary of the Jhandewalan Cycle and Toy Association, told IANS: “Business is good in the toy and bicycle market. However, after the re-opening of metro and gym, not many bicycles are being bought at the moment. There has been no loss. Now, the demand is very high but the supply is less or slow. ”

Also Read: Consumers May Get Relief On Petrol, Diesel Prices This Festive Season

Economy To Grow Only 0.3% In 2 Years As India Enters First Technical Recession