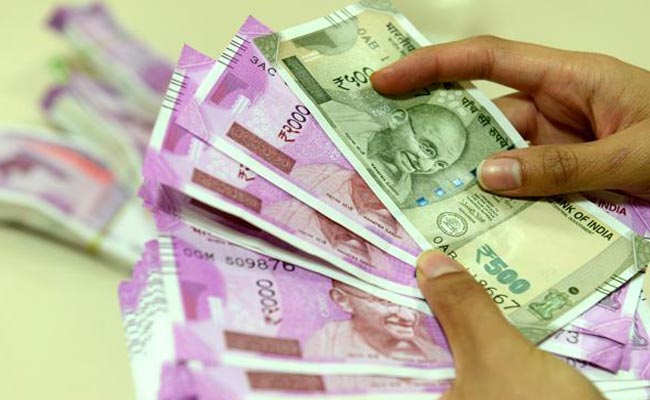 New Delhi: Banks and other secured lenders may face a tough time in terms of reporting of non-performing assets in their books and may take to loan restructuring over the next one year as new cases under the Insolvency and Bankruptcy Code (IBC) will not be admitted, experts said.

The Centre has suspended the admission of fresh applications for insolvency proceeding against any company. Further, the debt occurring due to the coronavirus pandemic will not be categorised as “default”, thereby will be insulated from triggering insolvency proceedings.

With the extension of the loan moratorium, banks will face more difficulty regarding their assets, according to sector experts.

“The six-month loan moratorium has been given but the interest is accruing. As businesses are already not doing well, many companies may not be able to pay the interest at one go and the principal repayment which will be due suddenly, will also be a burden,” said Manoj Kumar of Corporate Professionals.

He was of the view that there may be several defaulters and banks will have to privately restructure the loans to remove bad debt from their books.

Lenders are also likely to come up with inter-creditor agreements during the next one year as approaching NCLT is not an option during the period.

According to Kumar, an option to sell stressed assets to asset reconstruction companies (ARC) would also remain on the table for banks.

Daizy Chawla, Senior Partner, Singh & Associates told IANS that an official notification from the government on the matter will give more clarity to the stakeholders.

“Even if the fresh proceedings under Insolvency and Bankruptcy Code 2016 have been barred through an official notification has yet to come to the lenders or the creditors can proceed with other alternative options available under other laws,” she said.

Chawla added: “For example in case of real estate, the home buyer has the option of Consumer Protection Act or RERA, the banks have Debt Recovery Tribunal, etc. Furthermore, those who were on the verge of default can use this opportunity of the moratorium period and can negotiate and enter into some kind of resolution with its creditors.”

Kumar of Corporate Professionals also was of the view that other remedies for lenders which have been there before IBC would continue to be effective, which they can take recourse to, in case of bad debt and non-repayment of loans.

He noted that banks can invoke securities under the Securitisation and Reconstruction of Financial Assets and Enforcement of Security Interest (SARFAESI) Act, 2002 and auction properties of the borrowers in case of default, however, adding that given the current situation of low liquidity and worsening valuations, this route will not be beneficial enough for the lenders.

Speaking on recovery through the SARFAESI Act Kumar said: “That was anyways difficult. No buyers came, and if even someone came they gave a pitiable amount. Now due to COVID, liquidity is already down, valuations are in bad shape.”

“In such a situation, if they invoke SARFAESI, it won’t be beneficial for banks. Naturally, they will want to postpone it now and want that the debt goes from their books to ARCs,” he added.

It seems, banks are up for a double whammy, with the extension of the loan moratorium for three more months till August and with the doors of NCLT closed for any new bankruptcy case for a year.

Banks May Not Extend Second Moratorium To All Customers

Taxes On Petrol, Diesel May Go Up Further To Mobilise Additional Revenue For Covid…