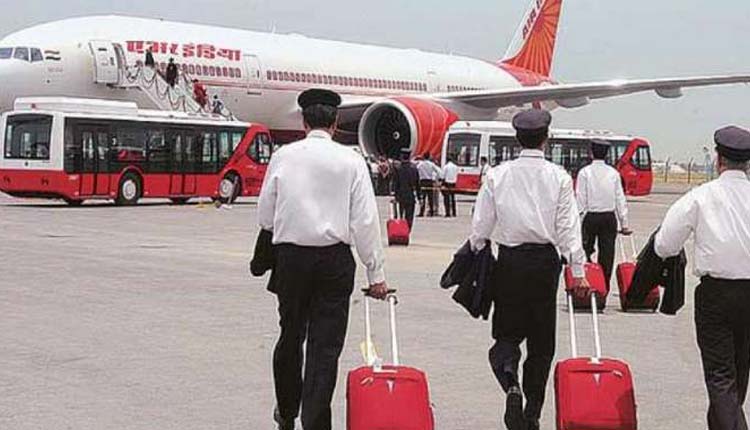 New Delhi: Even as the privatisation process drags on, national carrier Air India has instituted a scheme whereby employees can opt to take ‘leave without pay’ ranging from six months up to five years.

Additionally, the airline’s management will also have the option to send any employee on leave based on a few criteria.

An Air India staff notice, which was reviewed by IANS, read: “The Board of Directors in its 102nd meeting held on July 7, 2020, has approved a scheme whereby employees can opt to take ‘leave without pay’ ranging from six months or for two years and the same can be extended up to five years.

“The scheme also authorises the CMD to pass an order on behalf and in the name of the company whereby an employee could be sent on leave for six months or for a period of two years extendable up to five years.”

However, this provision can only be exercised depending upon factors such as “suitability, efficiency, competence, quality of performance, the health of the employee, an instance of non-availability of the employee for duty in the past, as a result of ill health or otherwise and redundancy”.

The notice calls upon “department heads at headquarters and regional directors of the region” to assess each individual on the above-mentioned factors and identify the cases where option of compulsory leave without pay can be exercised.

“Names of such employees need to be forwarded to the general manager (personnel), headquarters, for obtaining necessary approval of the CMD,” the notice said.

As per the notice, regional directors will constitute a committee comprising of “General Manager (Personnel), General Manager (Finance) and concerned Departmental Head” which will identify redundant manpower, who would be told to proceed on compulsory leave without pay.

“The committee would go through the records, based on the above factors and will recommend the individuals whose names will be forwarded to headquarters with due recommendations of ‘Regional Director’ for obtaining approval of CMD, for compulsory leave,”

Thereafter, the regional directors and ‘Headquarters’ Departmental Head’ would forward the list of identified individuals to ‘General Manager (Personnel), Headquarters’ on or before August 15, 2020, for obtaining necessary approval of CMD.

Meanwhile, all the unions of Air India will be holding an online meeting to discuss the latest development.

An Air India union leader told IANS: “LWP has to be across the board for all employees and burden has to be shared by all employees. This is not market standards. This is cherry-picking by the top management.”

According to Air India PIM document, as on November 1, 2019, the airline on a standalone basis (without subsidiaries) had around 14,000 employees, including fixed-term contract staff.

The development comes as the Centre has re-initiated the airline’s divestment plan with new norms.

Interestingly, this time, it has sweetened the deal by substantially reducing the debt on the airline’s account books and offered a 100 per cent stake in the loss-making airline.

The last date for bid submission to acquire Air India has also been extended to August 31.

In January, the Centre had invited expression of interest (EoI) from prospective buyers for Air India and two of its subsidiaries.

Along with Air India and its low-cost subsidiary Air India Express, the flag carrier’s 50 per cent stake in ground-handling arm AISATS has also been put on the block.