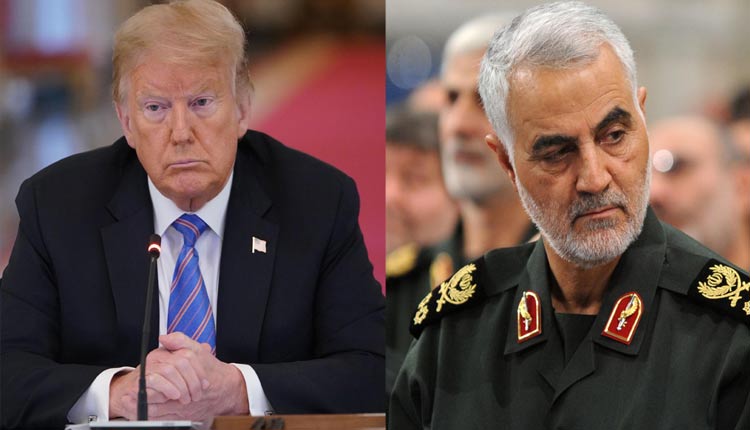 Tehran: A senior Iranian judge has said that Interpol Red Notices have been issued for the prosecution of dozens of military and political officials of the US, including President Donald Trump, “who were involved in the assassination” of Quds Force commander Qasem Soleimani, it was reported.

“Thirty-six people who were involved in the assassination of General Qasem Soleimani have been identified, including political and military officials from the US and other governments,” Press TV quoted Tehran Prosecutor Ali Alqasi-Mehr as saying on Monday.

“At the top of the list is US President Donald Trump, and his prosecution will be pursued even after the end of his term in office,” he said.

The judge added that Iran’s Judiciary has issued arrest warrants and requested “Red Notices” to be put out for them by Interpol.

Soleimani, the commander of the Quds Force of the Islamic Revolution Guards Corps (IRGC), along with Abu Mahdi al-Muhandis, deputy head of Iraq’s Hashd al-Shaabi, was killed on January 3 in a US airstrike that targeted their convoy near the Baghdad airport.

In a related development on Monday, Iran’s Deputy Foreign Minister for Legal and International Affairs Mohsen Baharvand said about 40 people have been identified in relation to the Soleimani’s killing, Press TV reported.

“Our intelligence and security agencies have so far identified about 40 Americans, who have been one way or another involved in this assassination through issuing order or facilitation of the process.

“A number of other people, including some American drone operators, have are not known yet, but will be identified in the near future,” he said.

US Prohibits Flights Over Iraq, Iran And The Gulf

China Rejects Trump’s Call To Break Away From Iran Deal