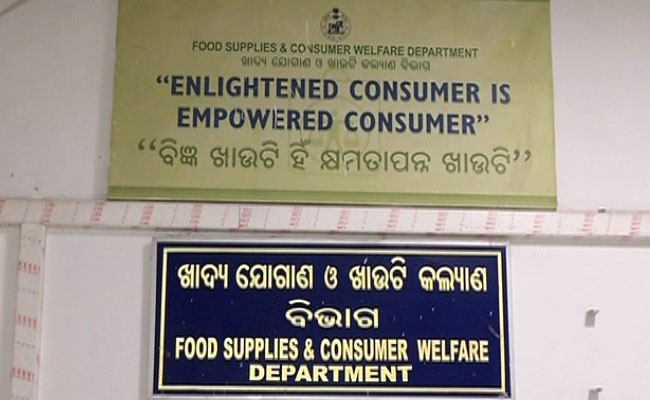 Bhubaneswar/Kendrapara: Odisha Government has begun the process for the appointment of women Self-Help Groups (SHGs) as Fair Price Shop dealers in place of private dealers in order to ensure smooth management of Public Distribution System (PDS).

In order to reduce corruption in the sale of PDS goods, subsided ration is being supplied to beneficiaries through an automated system. However, several instances coming to the fore have shown that many private dealers are not abiding by the rules.

Consider the example of one Nanda Kishore Sahoo of Mahanga area in Cuttack district who passed away in October 8, 2019. Though it’s been over eight months since his death, PDS rice is being still issued in his name. On the other hand, Sahoo’s family members feigned ignorance over the matter.

Akshaya Patra of Badiamal and Biswa Ranjan Sahoo of Gulnagar in Kendrapara district is among the 213 private dealers in the district whose licenses have been cancelled by the Food Supplies and Consumer Welfare Department over charges of misappropriation and corruption of PDS items.

Meanwhile, refuting the allegations, Patra said, “The concerned officials are asking us the percentage of last seven months but I assure no irregularities were done in the distribution of PDS goods during this time period. But our licenses were cancelled.”

The Food Supplies and Consumer Welfare Department in a recent letter to all the collectors revealed during the last seven months of PDS distribution, the electronic transaction records maintained through e-POS, the concerned authorities found 2,593 private FPS dealers, in automated or authenticated transaction, is not satisfactory. Therefore, the department has cancelled their license and asked to take steps for the appointment of eligible women SHGs as FPS dealers.

In this regard, the directorate of Mission Shakti Sujata T, Karthikeyan in a letter to 25 district Collectors has explained the guidelines to be adhered to in the selection and functioning of SHGs as FPS dealer under the PDS. The Directorate has also asked to complete the selection process by March 27.

As per the Food Supplies & Consumer Welfare Department data, there are a total of 12,611 dealers across the State. While 6,124 are private dealers, 1,917 SHGs are engaged in the distribution of PDS goods in 4, 054 panchayats in the State.

It may be noted that the Odisha Government had issued a notification regarding the removal of private retailers and engagement of women SHGs in PDS in March 2016. However, the non-implementation of the order even after four years has been questioned by the Opposition political parties.

State BJP general secretary Prithviraj Harichandan said, “By appointing SHG or renewing the license of private dealers in March, the government has made the PDS more vulnerable to corruption. The concerned authorities should take immediate measures to streamline the entire process.”

Former President of Pradesh Congress Committee (PCC) Jaydev Jena alleged, “SHGs will be appointed in papers only, the private dealers will be actually engaged in PDS distribution. As urban and panchayat elections are near, the government will be showcasing that women empowerment is their agenda to take mileage during the polls. The State government has made a proper plan to do more corruption in the PDS.”

Giving clarification, Food Supplies and Consumer Welfare Minister Ranendra Pratap Swain said, “This is the policy of the government. It is a continuous process and is being carried out in a phased manner.”

Disha Patani And Tiger Shroff Are Heading Towards Dead-end?