Miscreants use ‘magic pen’ to loot man in Odisha 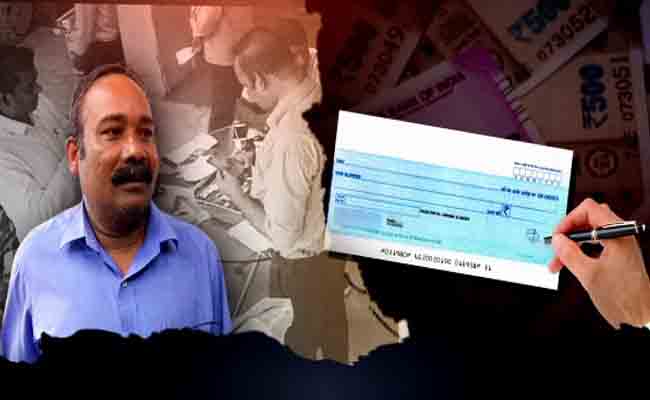 Bhubaneswar: With the development of digitalisation in Odisha, people of the State are witnessing a rise in instances of new ways of fraudulence. While forging someone’s bank cheques to loot money is not new, report of miscreants using a certain type of pen with ‘vanishing ink’ to plunder money from the bank account of a person is shocking.

One Somnath Sahoo of Khandagiri area in Bhubaneswar reportedly received a phone call from one Bikash Singh who identified himself as an employee of a private bank on March 4.

During their conversation, Bikash gave Somnath lucrative offers saying that the bank would provide him a personal loan for Holi festival.

After Somnath, who was in need of money, agreed to take the personal loan, a man named Sayeed reached Somnath’s office and completed the documentation works on the following day.

The CCTV footages of Somnath’s office revealed that he gave two cheques to Sayeed as required for the loan. One was a cancelled cheque and the other a cheque of Rs 100 as the processing fee for the loan.

However, after completing the formalities for the loan, Somnath later discovered that a person named Rajat Kumar Sharma has withdrawn Rs 22,500 from his bank account.

Somnath immediately approached the police to lodge a complaint in connection with the incident and alleged, “The bank official who identified himself as Sayeed used his own pen to write ‘cancelled’ in one of the cheques and Rs 100 payable at HDFC Bank Ltd in another cheque then asked me to put my signatures on them. He must have used a different type of pen to withdraw my money”

Asked for his comments in connection with the incident, Suryamani Tripathy, a former senior police officer said, “Miscreants can easily withdraw money a bank account as per their wishes if the word ‘cancelled’ disappears from the cheques and if the account holder has put his signature on it. There have been cases when fraudsters have been found using a special ink in the pens which disappears after some time. Such an incident is quite new to Odisha.”

Intellectuals have raised questions over the role of bank employees in such cases as it is yet to ascertain as to how the miscreants came to know about the details of the beneficiaries’ bank accounts.

According to sources, earlier on December 15, 2018, such an incident had come to fore in Bhubaneswar in which a trickster had swindled Rs 1,50,000 from another man while assuring him to provide a loan in exactly the same way.