Bodies of two youths recovered from pond in Jajpur 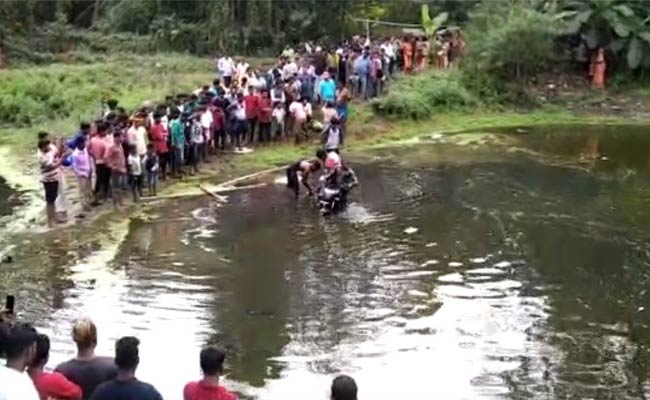 Jajpur: Bodies of two youths were found in a pond at Kabirpur village under Sadar Police limits of Jajpur district on Friday. The deceased have been identified as Abhijit Upadhye (21) and Sushil Ray (25) of Jajpur area.

It is suspected that Abhijit and Sushil, who were riding a bike, met with an accident at Kabirpur and fell into a 20-feet deep pond while they were on their way to Cuttack on Thursday night.

Also Read: Bus Carrying Pilgrims From UP Meets With Accident In Odisha, 2 Killed

Sources said some passersby and locals noticed a helmet floating in the water body this morning. While fishing out the helmet they also found a bike with registration number of OD-34D-9980 in the pond.

Suspecting that somebody might have died after falling into the pond some people launched a search operation. Subsequently, they fished out both the bodies and eventually informed the local police about it.

Later, police launched an investigation to ascertain under what circumstances Abhijit and Sushil died.

While police are yet to find out whether it is a case of road accident, family members of the deceased youths have not filed any complaint till the filling of this report.

Mortal remains of both the deceased have been sent to the Jajpur hospital for post-mortem.

Well-Wishers In India And World Help Me Be Who I Am: Dutee Chand