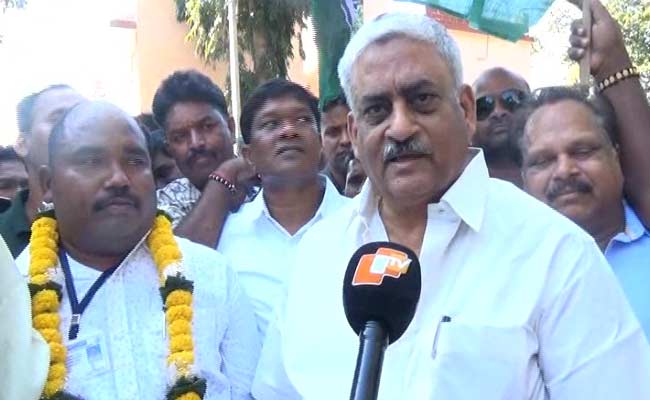 Rayagada: Despite having no majority in the 21-member council, the BJD today captured the Rayagada Zilla Parishad (ZP) President post in the by-poll by snatching it from the Congress. Gangadhar Puala of the BJD became the new ZP president of Rayagada.

The BJD snatched the seat from Congress by getting 13 votes despite having only seven members. Congress, who had 10 members, got only five votes while two BJP members also voted in spite of the party’s whip to not participate in the voting process.

A total of 19 members voted for the ZP president by-poll of which Congress candidate got five votes while the BJD candidate got 13 votes, said Rayagada ZP election officer, Amrit Ruturaj.

The by-election was necessitated following the death of senior Congress leader and incumbent ZP president of Rayagada, Purusottam Gomango. In December last year, Gomango met with a road accident near Tandikana village under Ramanguda block in the district while he was returning home on a two-wheeler.

Meanwhile, both the Congress and the BJP today alleged horse-trading as the BJD won the by-poll despite having only seven members. “The BJD is involved in horse trading as two of our members were poached by the party,” said district president of BJP, Shiva Patnaik.

Urging Election Commission to take action against the BJD, district president of the Congress, Durga Prasad Panda said, “If a party gets 10-12 votes when it has only seven members, it clearly hints at hors- trading.”

Responding to the allegations, BJD leader N Bhaskar Rao said, “I don’t know what the Opposition meant by horse-trading, they should make it clear.”

Earlier, the State unit of BJP had issued a whip to the four ZP members of the party to refrain from voting. Addressing a presser, BJP spokesperson Sudipta Ray had informed about the party’s decision.

BJP MLA, Six Others Booked For Rape In UP District