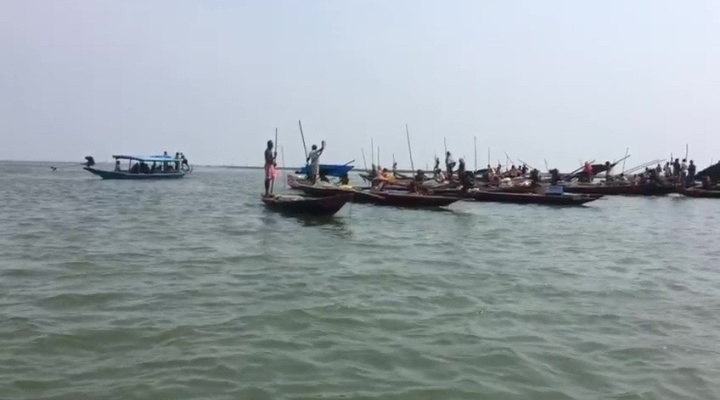 Berhampur: The Khurda district administration on Tuesday launched a crackdown on the boats operating in the Chilika lake illegally, two days after a boat tragedy in the lagoon.

During the raids, they found some fishing boats were ready to carry passengers towards Kalijai island.

“After much persuasion, the passengers agreed to travel in passenger boats, instead of fishing vessels,” said District Fishery Officer (Marine), Khetrabashi Behera.

“We have searched the documents of over 100 boats, including those meant for fishing. Almost all of them had valid documents. The raids would continue for some more days to verify their documents in different jetties in the lake,” he said.

Over 500 boats, including fishing and passenger vessels, are operating in Balugaon and Chandraput jetties.

Most of the visitors prefer to go Kalijai temple, Nalabana bird sanctuary, Chadeihaga Hill, a picturesque place inside the blue lagoon from Balugaon. Besides Balugaon, passenger boats also operate from Barkul, Rambha, Satapada and some other places to ferry the passengers. Around 2500 boats are operating in the lake, sources said.

“We have extended all cooperation to the administration during the raids,” said Dharmendra Kei of Chilka Matschajibi Mahasangh.

The administration launched the raids to check the operation of illegal vessels after a boat tragedy on Sunday.

Police have arrested four persons, including the owner-cum driver of the boat, for transporting passengers in the fishing vessel, police said.

During the raids, they also verified the availability of life jackets, registration and fitness of the passenger boats.