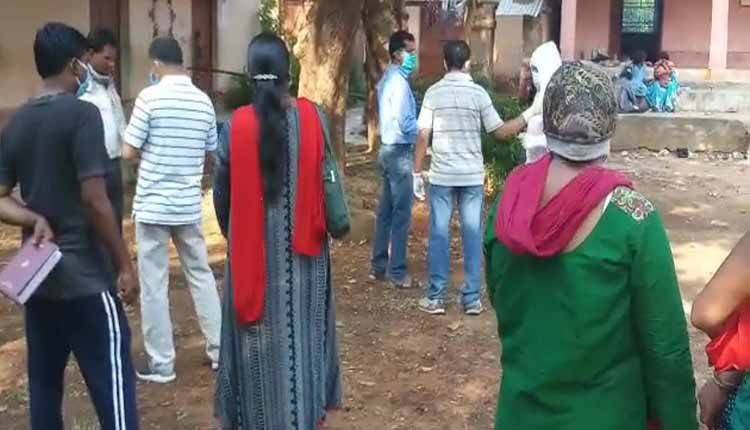 Nuapada: Once again concerns have been expressed over poor state of affairs at temporary medical camps (TMC) in Odisha after the death of a seven-year-old girl at a COVID-19 facility in Nuapada.

It is alleged that the girl died after the concerned official at the TMC did not shift her to a hospital in the district after her condition deteriorated. The deceased has been identified as Barsha Kalsai.

As per reports, Barsha had returned to Odisha on Friday along with her parents in a special train from Andhra Pradesh. The family was kept at Chalanpada TMC under Khariar block.

The family members alleged that the girl developed high fever in the evening and even though they reported the matter to the officials of the TMC, they did not take any step for shifting the girl to hospital.

Father of the deceased girl, Daktar Kalsai alleged that there was no doctor available at the TMC and the officials present also didn’t pay heed to his request to shift Barsha to hospital for treatment.

However, the concerned TMC official could not be contact over the allegations.

Khariar BDO, on the other hand, informed that swab of the deceased girl will be collected for COVID-19 test and only after probe, the exact reason behind her death can be ascertained.