The Army said on Sunday that a huge consignment of arms and ammunition was recovered during multiple searches in J&K's Baramulla district.

Addressing a media conference at the headquarters of the Army's 19 infantry division in Baramulla town, GOC major general, Ajay Chandpuria, said that following multiple searches based on intelligence inputs from military intelligence and central agencies, a search operation was launched in the Masjid Nallah area of Hathlanga village close to the Line of Control (LoC) where a huge cache of arms and ammunition was recovered.

"The area is very close to the LoC and there is a huge Nallah with large boulders. There is foliage and thick cuttings on both sides of the Nallah.

"There are houses in the area. Our operation was assisted by optical intelligence," the GOC said. 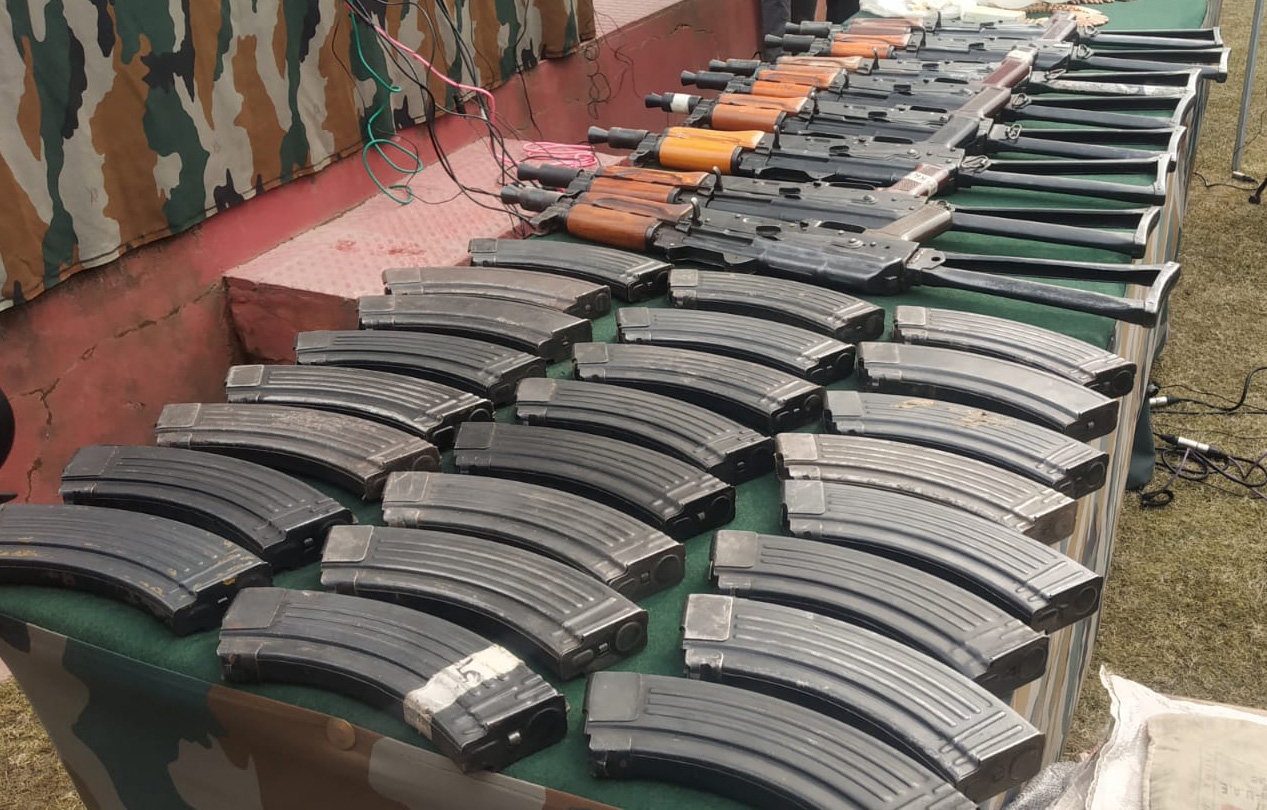 Interestingly, the recovery also included 81 balloons with markings of "I love Pakistan" with Pakistani flag marked on them. Five gunny bags with Pakistani markings were also found.

SSP Baramulla, Rayees Muhammad Bhat said during the press briefing that this recovery is among the largest interception of war-like stories which has been executed close to the LoC in recent years.

"Balloons, which are typically sent more frequently to the Jammu side, have been sent to the Valley side for the first time. It perhaps points to a kind of attempt to instigate certain propaganda again," the SSP said.