The Kapil Sharma Show fame Sunil Grover's latest video on fixing hair had fans asking him to return to the comedy show.

It has been a few years since Sunil Grover left The Kapil Sharma Show. In these last few years, he has worked on some good projects, movies and web series like Sunflower and Tandav. Even then fans continue to relate and remember him for his acts in TKSS like Gutthi, Rinku Bhabhi and Dr. Mashoor Gulati.

And this was proved once again when the famous comedian recently shared a video on how he fixes his hair with blow-drying. The video clip was a hilarious attempt from Sunil towards fixing his hair. But more interesting were the reactions from the followers of the actor.

One of the fans enquired what if they were the hair of Dr. Mashoor Gulati. As is known for the character of Mashoor Gulati Sunil always wore a messy hair wig giving the doctor a confused, dumb yet overconfident look. A fan called Sunil, “Gutthi Mere Bhai, Kya Chal Raha Hai?”

As expected, fans once again requested Sunil to make a comeback on The Kapil Sharma Show. A fan also said that he has stopped watching the comedy show on Sony since he has left it because there is nothing interesting on it anymore. 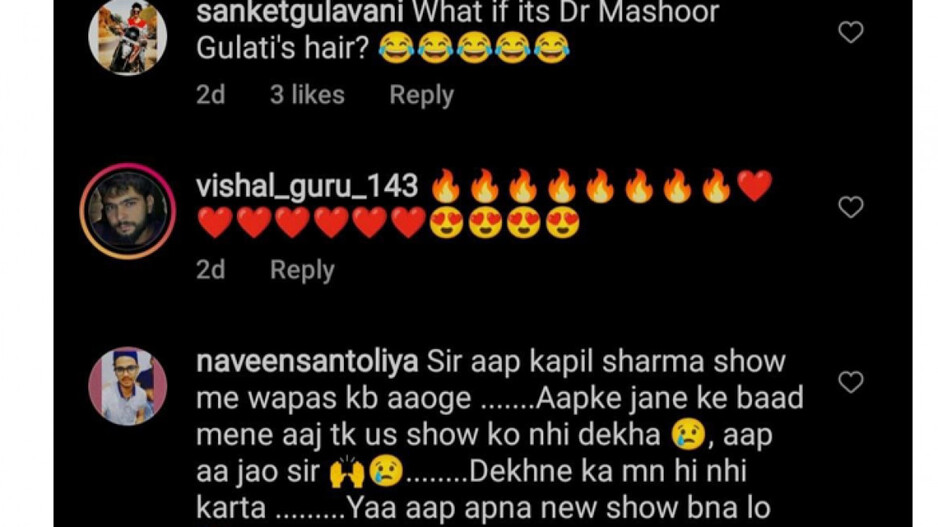 One thing is clear that fans still miss Sunil’s act on The Kapil Sharma Show despite the fact that Krushna Abhishek, Kiku Sharda and Bharti Singh try their level best to entertain the audience and their characters like Sapna, Bachcha Yadav, and Titli Bhabhi/Bua have also become popular.

Interestingly, fans have also loved Sunil's last release Sunflower and want to know when the second season of the series will hit the OTT platform. 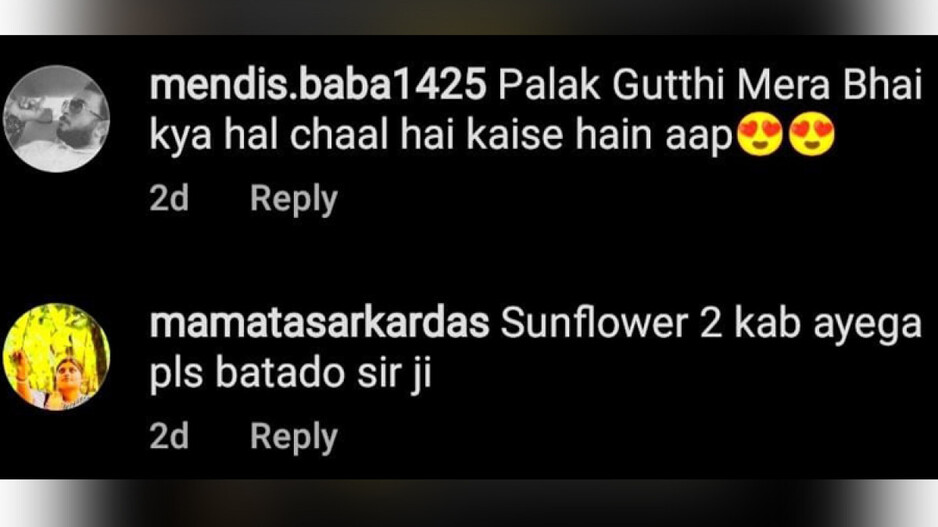 In Sunflower, the story revolved around a murder mystery in which Sunil played the central role of Sonu Singh. The actor was highly appreciated for his character and now fans are eagerly waiting for the second season of Sunflower.