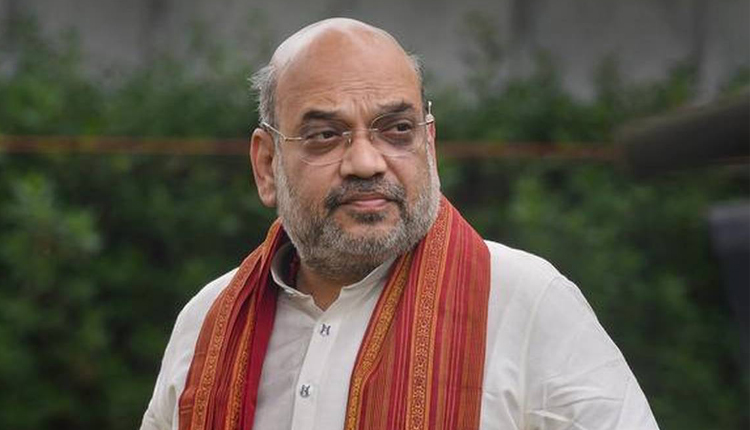 Shah laid a wreath at the National Police Memorial in Chanakyapuri to pay homage to the slain policemen and addressed a joint column of police and Central Armed Police Forces (CAPFs) on the occasion of Police Commemoration Day.

The day is observed in memory of 10 CRPF personnel who were killed in an ambush by Chinese troops in 1959 in Ladakh’s Hot Spring area.

Armies of the two countries are currently locked in a military standoff in the Ladakh area.

“The work of police is witnessing new challenges and new dimensions in the areas of terrorism, fake currency, narcotics control, cybercrime, arms smuggling and human trafficking.

“It is a challenge to prepare the police forces for the new dimensions that have emerged in the last 2-3 decades,” Shah said.

“We have prepared a comprehensive modernisation programme for the police, and I am hopeful that in the coming days the Modi government will prepare them (police personnel) to meet these challenges,” he said.

He said the government is bringing in technology to make the country’s borders “impregnable” and detailed preparations are being made on this subject.

The use of technology and the promptness of troops will go hand-in-hand and “we will be able to better secure our borders”, he said.

Shah also said that the government was “going to do many things” so that the deficiency in availability of police personnel per one lakh population is addressed.

He lauded the police personnel for ensuring internal and border security in the country with their vigilance.

He said a total of 35,398 police and CAPF personnel have laid down their lives in the line of duty till now, with 264 making the supreme sacrifice in the past year.

Shah also remembered the 343 personnel who died due to COVID-19 and said the police personnel continued to render their duty to help people and donated blood and plasma to coronavirus affected patients despite the raging pandemic.

“The coronavirus challenge was unthinkable and nobody knew how to battle it,” he said.

The home minister added that the citizens of the country could sleep peacefully because the policemen “are out on the streets and the borders protecting them 24×7 and 365 days a year”.

“As you protect the country, I can assure you that the Modi government is determined to protect you and your families,” Shah said.

Shah said that they aim to take the National Police Memorial, inaugurated by Prime Minister Narendra Modi in 2018, to the people and make sincere attempts to change the way people look and perceive the police.

He said “many changes” will soon be visible in the context of central police housing satisfaction ratio and training and that his ministry was working on these issues.

A ceremonial guard of honour was presented by police personnel drawn from various forces during the event, which was attended by Minister of State for Home G Kishan Reddy, Union Home Secretary Ajay Bhalla, Director of the Intelligence Bureau Arvind Kumar and chiefs of various CAPFs.