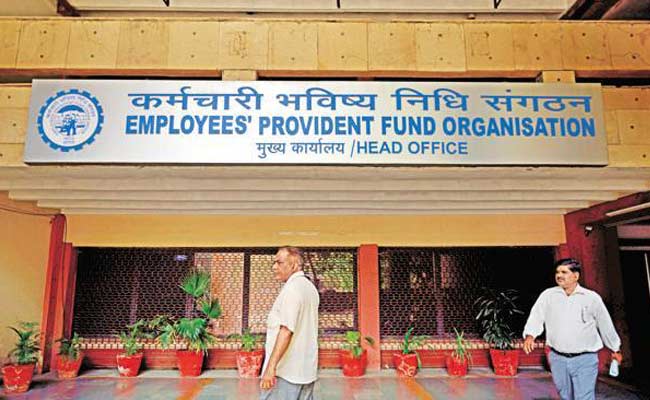 New Delhi: Retirement fund body EPFO on Thursday lowered the interest rate on provident fund deposits by 0.15 percentage point to a seven-year low of 8.5 per cent for the current financial year.

The Employees’ Provident Fund Organisation (EPFO) had provided 8.65 per cent rate of interest on EPF for 2018-19 to its around six crore subscribers. The decision was taken at a meeting of the EPFO’s apex decision making body the Central Board of Trustees (CBT).

“The EPFO has decided to provide 8.5 per cent interest rate on EPF deposits for 2019-20 in the CBT meeting today,” Labour Minister Santosh Gangwar said here after the meeting.

The minister also said that the EPFO will have a surplus of over Rs 700 crore on providing 8.5 per cent rate of interest on EPF for this fiscal.

The EPF interest rate announced for the current fiscal is the lowest since 2012-13, when it was 8.5 per cent.

Now, the labour ministry requires the finance ministry’s concurrence on the matter. Since the Government of India is the guarantor, the finance ministry has to vet the proposal for EPF interest rate to avoid any liability on account of shortfall in the EPFO income for a fiscal.

The finance ministry has been nudging the labour ministry for aligning the EPF interest rate with other small saving schemes run by the government like the public provident fund and post office saving schemes.

Later in a statement on the CBT meeting, the Labour Ministry stated that the CBT also appreciated that the EPFO has entered into an agreement with State Bank of India after successfully negotiating waiver of various service charges, which resulted in saving of around Rs 15 crore annually to the EPFO.

The CBT also recommended to extend the provision of minimum assurance benefit of Rs 2.5/3 Lakh, payable to family members of deceased employee who dies while in service.

Earlier, the benefit of minimum assurance of Rs 2.5 Lakh and maximum assurance amount of Rs 6 Lakh was not payable where the member worked in more than one establishment during a continuous period of 12 months preceding the month of death.

Now the Board has approved to extend these benefits even if a member had worked in multiple establishments.

The Board approved the amendment in Para 28(4) of EDLI Scheme 1976 to delegate the power to Additional Central Provident Fund Commissioners so as to grant online exemption. This will benefit lakhs of employees of more than 25,000 establishments. ‘

The exempted employers can buy group insurance for their employees in lieu of the Employee Deposit Linked Insurance (EDLI) Scheme.

Antigen Test Of Patients At AHRCC, SCB Hospital From July 7

COVID-19: 14-Day Quarantine Norms Mandatory Even For Grooms Coming To Rourkela For…