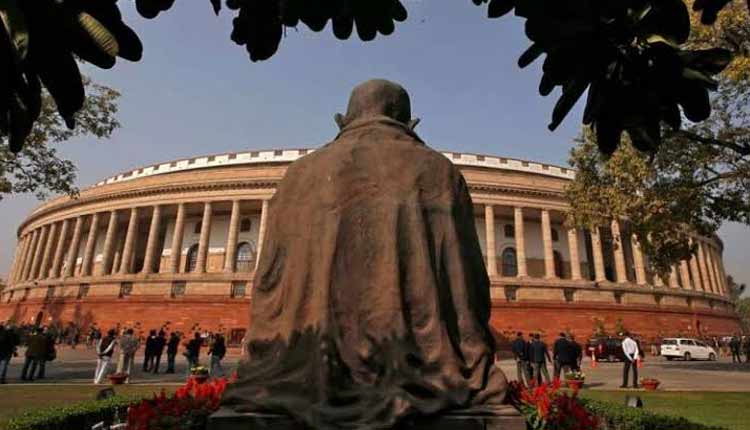 New Delhi: The Centre has issued draft rules for the Rashtriya Raksha University Act 2020, which was enacted in Parliament’s monsoon session to set up a multi-disciplinary university for imparting education on policing, research and collaboration of various wings of policing, criminal justice system and correctional administration.

According to an order of the Ministry of Home Affairs, suggestions and opinions are sought from the general public on the draft rules, which will be finalised after a month.

The draft rules state the vice-chancellor will suggest a panel of not less than five names each for the post of chairperson and members of the governing body, preferably within eight weeks prior to the likely date of the vacancy.

The central government may consider the panel suggested by the vice-chancellor while selecting the members of the governing body.

The term of office of non ex-officio members of the governing body shall be for a period of three years or till the time they hold the position by virtue of which they are appointed, whichever is earlier.

The term of office of a member nominated to fill a casual vacancy shall continue for the remainder of the term of the member in whose place he or she has been nominated.

A member of the governing body shall cease to be such member if he or she resigns his or her membership or has become physically or mentally incapable of acting as a member or is, or at any time has been, adjudged as insolvent or has been convicted of an offence which in the opinion of the central government involves moral turpitude or he or she accepts a full-time appointment in the university.

At present, there are only a few institutions in the country which provide the environment, infrastructure and specialisation for imparting education in police sciences and internal security to meet the demands of modern, citizen-centric policing.

Hence, the university will undertake research and impart knowledge in the domain of policing and allied areas to the youth aspiring to join police and security forces at the national level.

The Rashtriya Raksha University is proposed to be a multi-disciplinary university to create new knowledge through research and collaboration with different stakeholders and help fulfil the need for a pool of trained professionals with specialised knowledge and new skill sets in various wings of policing, the criminal justice system and correctional administration.

The university will have linkage with world-class universities in other countries, which will be need-based, for the purpose of exchange of contemporary research, academic collaboration, course design, technical know-how and training and skill development.

The university will promote global standards and provide dynamic and high standards of learning and research; working environment dedicated to the advancement and dissemination of education, research, training and scholarship of the highest quality in the domain of policing including coastal policing, security, law enforcement, criminal justice, cyber security, cyber crime, artificial intelligence and related areas of internal security; and public safety.