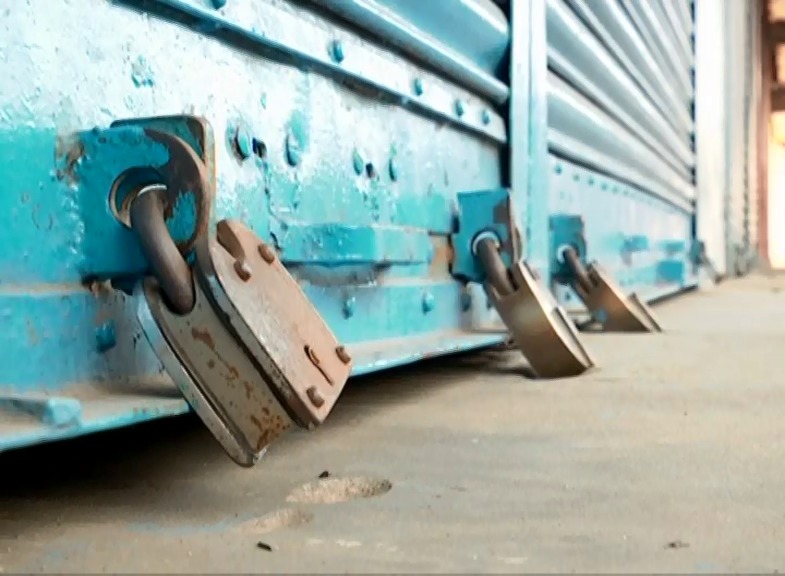 The farmers unions have claimed that the nationwide strike called by them was successful and the people supported their cause while the Bharat Bandh on Tuesday evoked a mixed response across the country.

The farmers said that this movement is under the banner of the Sanyukt Kisan Morcha. “The government should see that it is not the shutdown of only farmers but of the whole nation and now they should understand that there is no way out,” said farmer leader Gurnam Singh.

The national spokesperson of the Bharatiya Kisan Union (BKU), Rakesh Tikait, said on Tuesday that a group of farmer leaders will meet Union Home Minister Amit Shah on Tuesday evening.

People Make Way For An Ambulance In Haryana Amid Protests

#WATCH | Haryana: People protesting agianst farm laws make way for an ambulance to pass through a section of the Ambala-Hisar highway#BharatBandh pic.twitter.com/CRBXc0JU2P

#WATCH Rajasthan: A clash erupted outside BJP office in Jaipur between BJP and Congress workers during a protest over #farmlaws pic.twitter.com/utzwhn4EKz

Amid a peaceful ‘Bharat Bandh’ in Andhra Pradesh, state BJP President Somu Veerraju on Tuesday supported the new central farm laws, even as his party colleagues tried to explain their finer points through explanatory videos and slides.

Amidst the ongoing nationwide agitation over demands to repeal the three enacted farm reform laws, Bharatiya Janata Party (BJP) has come down heavily on the Opposition parties for allegedly creating hurdles in the development of farmers and the farming community.

Patna: Supporters of the Rastriya Janata Dal (RJD), the Jan Adhikar Party (JAP) and Left parties participated in a massive protest march in Patna on Tuesday morning, in support of the nationwide Bharat Bandh call given by farmers.

Bihar: Rashtriya Janata Dal (RJD) workers burn a tyre at Ganj Chowk in Darbhanga, in protest against Central Government, and show their support to #BharatBandh called by farmer unions. pic.twitter.com/kea7UwpQlN

Delhi Police on Tuesday denied the allegation made by the ruling Aam Aadmi Party (AAP) in Delhi that police has put Chief Minister Arvind Kejriwal under house arrest, a day after he visited the agitating farmers at the Delhi-Haryana Singhu border.

The ‘Bharat Bandh’ call given by nearly a dozen farmer Associations on Tuesday in protest against the three farm laws enacted by the Centre recently failed to evoke much response across Karnataka.

Except minor incidents like farmer’s leaders asking shopkeepers to shutdown their establishments were reported from districts like Mandya, Hassan, Mysuru and other rural parts where farmers associations enjoy a certain degree of clout.

Karnataka: Slogans against the new farm laws raised by Left organisations in Kalaburagi, on account of #BharatBandh

Karnataka: Congress leaders protest in support of #BharatBandh called by farmer unions, raise slogans against the Centre & show black flags, in front of Gandhi statue at Vidhana Soudha in Bengaluru.

WATCH: Congress Workers Scuffle With Police At Badambadi In Cuttack

Protesting the newly enacted farm laws, farmers unions across the country supported by many Opposition parties and some sections of people have called for ‘Bharat Bandh’ – a nationwide shutdown that will remain in force from 11 AM till 3 PM today.

Normal life came to a grinding halt here in Odisha as vehicular movement on many routes has been disrupted due to blocking of highways and main roads. Train services too were affected due to rail roko agitation at many stations over demands to repeal the new farm laws.

The ‘Bharat Bandh’ called on Tuesday by the farmer unions to press for the repeal of the Central government’s newly passed farm laws received partial response in West Bengal with protesters burning the effigies of Prime Minister Narendra Modi, business honchos Mukesh Ambani and Gautam Adani on Jessore Road in Kolkata.

“In West Bengal there is complete bandh in support of the peasant’s demand. We imagine similar situations prevailing across India as well,” says Sujan Chakraborty, CPI(M) leader pic.twitter.com/SvAM3BRPKw

Roads wear a deserted look in several parts of Odisha on Tuesday due to Bharat Bandh called by farmers supported by various political parties  against new farm laws enacted by the Union Government.

Ollywood Actors Sabsasachi & Archita To Tie The Knot At…

Odisha: Temperature To Rise By 3-4 Degree Celsius In Next…