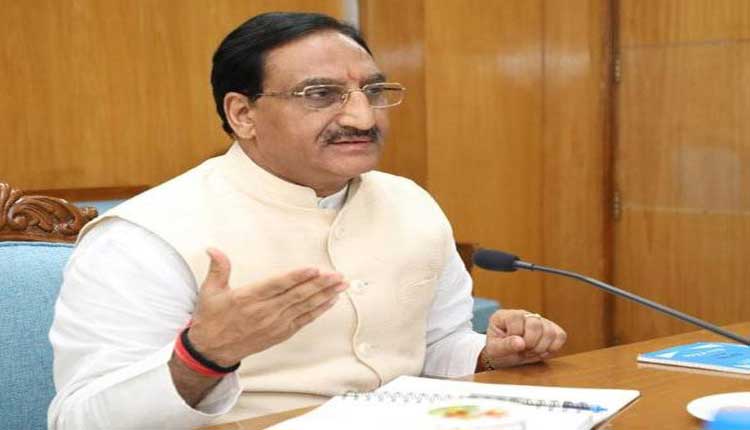 New Delhi: No final decision has been taken yet on merging the University Grants Commission and the All India Council of Technical Education, Union HRD Minister Ramesh Pokhriyal Nishank said on Thursday.

“Till now no final decision has been taken on this issue,” Nishank said in response to a written question in Rajya Sabha.

Last year, the Human Resource Development Ministry had announced its decision to replace the UGC by repealing the UGC Act, 1951. A draft bill for this was put in the public domain for feedback. However, it was decided later that the Higher Education Commission of India will also take over the AICTE.

In September this year, the minister said the bill was in final stages and will be taken to the Union Cabinet in October.

“The Higher Education Commission of India will be a single regulator and replace UGC and AICTE. The bill has been prepared after elaborate consultation with states. It will be taken to the Cabinet in October,” he had tweeted.

The draft bill had proposed HECI to control academic matters while an advisory board under the HRD minister would be in charge of issuing monetary grants to universities. But various student groups had opposed the handing over of the financial control to the HRD ministry.

UGC is the regulator for universities across the country and AICTE acts as a regulator for engineering, pharmacy, management and other technical education colleges.

India Seeks Consular Access To Its 2 Nationals Arrested By Pakistan