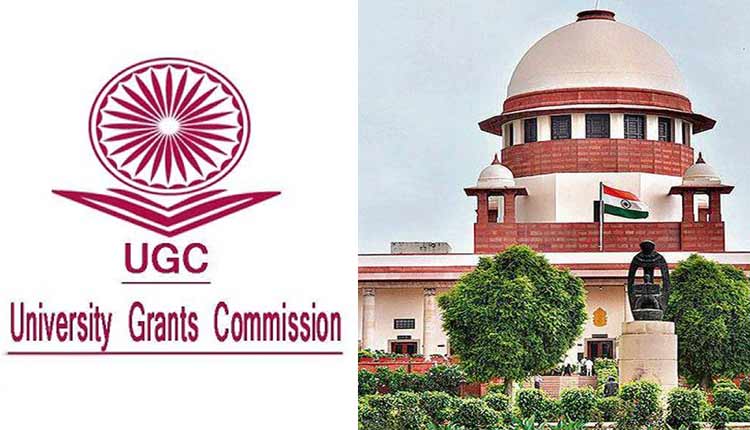 New Delhi: The University Grants Commission (UGC) has told the Supreme Court that it is not possible to alter its July 6 guidelines mandating universities across India to conduct their final year examination by September end.

The UGC informed the court that the expert committee, headed by Prof R.C. Kuhad, submitted a report recommending that terminal semester examinations should be conducted by universities/institutions by the end of September.

This report was deliberated and approved by the UGC in a meeting held on July 6. The Union Ministry of Home Affairs had also permitted the schedule of exams by universities and institutions.

“It is submitted that the UGC has issued such guidelines to protect the academic future of students across the country which will be irreparably damaged if their final year/terminal examinations are not held, while also keeping in mind their health and safety,” said the academic regulator in its affidavit.

The 50-page affidavit said that the final year/terminal semester examinations are important because the “learning process is a dynamic interaction where the only way to figure out what students know is to seek evidence of their knowledge and to evaluate it”.

The UGC contended that guidelines issued on July 6 adequately account for the evolving situation of the Covid-19 pandemic, as they provide sufficient time till the end of September to conduct the exams and give sufficient flexibility to institutions to conduct exams through online, offline or blended route.

It also added that in case, students are unable to appear, then they would be given a chance of a specially-conducted exam at a later date.

Emphasising that the academic evaluation of terminal semester/final year students is a very important milestone in any education system, it insisted on non-interference of courts on these policy matters. It is well-settled that courts of law do not ordinarily intervene in academic decisions and policies involving standard and quality of education, the UGC said.

It also criticised the decision of certain state governments (Maharashtra and Delhi) to either cancel the final year exam for UG/PG students and to graduate such students and confer degrees without appearing for the exams. “Such a decision directly affects the standard of higher education in the country and will be an encroachment of legislative field of coordinating and determining the standards of education that is exclusively reserved for Parliament,” said the affidavit.

The UGC urged the top court to dismiss the batch of pleas opposing July 6 guidelines, with the lead petition in the matter being a plea filed by 31 students from Indian universities across the country. Other pleas include one by the Shiv Sena’s youth wing, the Yuva Sena, headed by Maharashtra minister Aditya Thackeray.

Herd Immunity Against COVID-19 In India May Generate Only In Pockets, Can Be Short-Lived