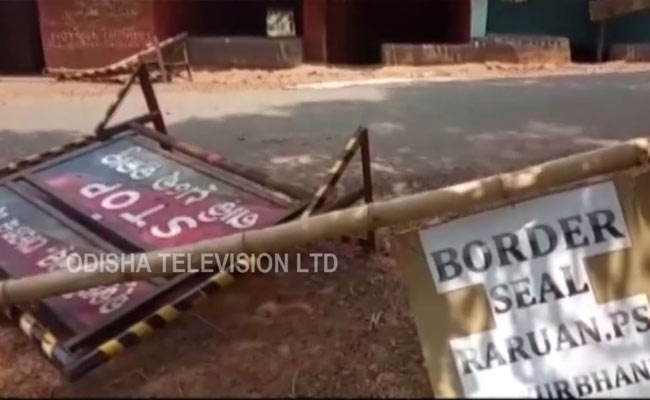 Baripada: Four police personnel were injured in Mayurbhanj district on Thursday as a group of people from neighbouring Jharkhand attacked them after being denied entry into Odisha in view of lockdown to contain the spread of COVID-19, police said.

Around 20 people riding motorcycles from Jharkhand tried to forcibly enter into Odisha at Benisagar on the inter-state border, but they were stopped by the police personnel deployed at the entry point which has been sealed due to ongoing COVID-19 lockdown, Sub-Divisional Police Officer (SDPO), Karanjia, Narayan Nayak said.

On being denied entry, the intruders turned violent and pelted stones on the policemen, the SDPO said, adding the miscreants also damaged the barricade erected on the border gate.

Four police personnel sustained injuries and they have been admitted to hospital at nearby Raruan, police said.

Also Read: Off To Nab An Accused, Jagatpur Police Attacked By Villagers

The miscreants fled the scene after attacking the security personnel.

With the help of Jharkhand police,two persons have been arrested in this connection and investigation into the incident is in progress, Nayak said.

On the other hand, as many as 76 cases have been registered for rumour-mongering during lockdown in the State today

The cases have been registered during April 15-16.

Of the total cases, 134 cases had been registered for violation of lockdown, 4 for home quarantine and 6 for related issues, said Bagchi. 152 people have been arrested by police for different violations.

Also Read: Thieves Get Free Run In Bhubaneswar As Police Gets Busy In Corona Lockdown